Students brought a Virgo from the Faculty of Law News directly from LAVOZ.com.ar 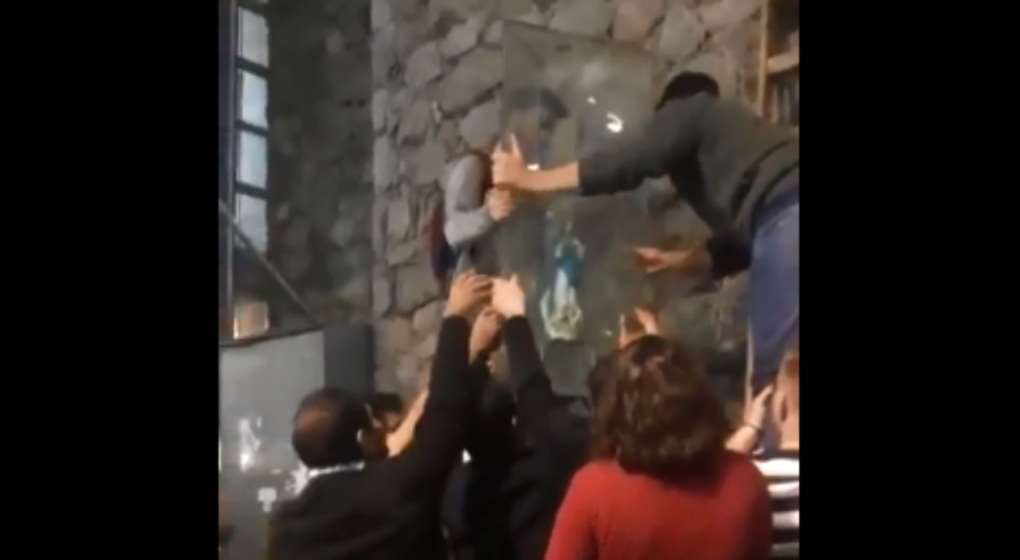 On Monday, an interclause meeting took place at the Faculty of Law of the National University of Córdoba, amid the salary and the educational conflict within the framework of national universities. While an open class was being held in one of the classrooms, a young man in a confusing episode lowered the image of the virgin at the entrance to the building of that house of studies.

The virgin of the Faculty of Law comes down #Now #Create and separate stateSubject #UniversityPublicaPorSiempre pic.twitter.com/Di5DbqxpV7

According to several witnesses, the young man said he was doing it because a group of students would break the image to express his position that the state should completely separate from the Catholic Church. On the metal stand where the box with the image of the Virgin was hung, there was a green and an orange handkerchief, pro-abortion symbols and the claim of separation of church and state. According to the witnesses, the virgin was brought to a police station to protect her.

The fact provoked a quick reaction in social networks, for and against this action, which was one of the findings in the meeting. Other initiatives are intended to renounce the dean, to change the name of the faculty and to split it from the UNC.

Thus students voted in meeting to take the image of the Virgin from the law faculty of the @unc_cordoba.
The campaign for the # separation from the church pic.twitter.com/o5VRc55tBw

What certain groups do in the Faculty of Law has little to do with the defense of public education and the conflict for which a meeting was convened. I'm furious