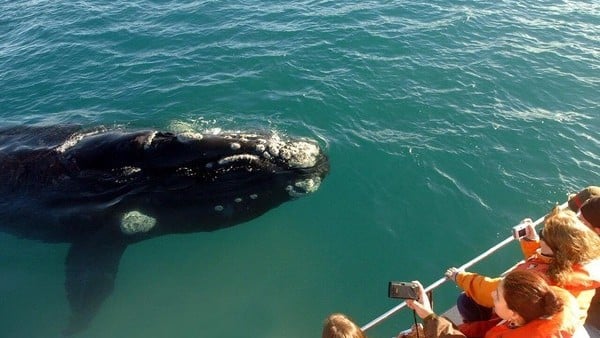 A total of 1,605 whales were discovered on the shores of Chubut during an air survey that was conducted on Friday. Less than a month ago, the National Patagonian Center (CENPAP) had counted 1079. The number of copies between adults and pups grew nearly 50 percent in less than a month. According to CENPAT, that is true the largest amount withdrawn since the censuses started in 1999.

This is the third air and seafaring study carried out this year by researchers in the area to determine the population of whales in the Península Valdés area. Of the 1605 whales that are responsible, 710 are puppies (44%) and the vast majority were accompanied by their mothers.

The aerial photos are made along a number of kilometers of coastline from the mouth of the Chubut River in Rawson to Puerto Lobo, almost on the border with the province of Río Negro. A four-seater aircraft that the research agency leases are used. Two specialists travel back and make a visual investigation and further, besides the pilot, another person is responsible for loading the data that dictate. The small plane flies at an average height of 150 meters.

The flight team consisted of Ailén Chalcobsky, Santiago Fernández and Mariano Coscarella, with Peter Dominguez as commander of the Aeroclub Madryn plane. The work is supported by the contribution of whale-watching companies in Península Valdés and also with the cooperation of the nature conservancy secretariat and protected areas of Chubut.

The biologist Mariano Coscarella, one of the participants, explained that "it is a one-day report, it is the image of the number of animals on Friday between the mouth of the Chubut River, in Puerto Rawson, and a point on the parallel to the height of Puerto Lobos ".

More than 40% of the detected specimens are offspring.

Since they began to make these flights, almost twenty years ago, the same route is being maintained, on the coast of Bahía Engaño, the Península Valdes route, from Punta Ninfas to Puerto Lobos, on both sides and on the outside of the peninsula.

Coscarella added: "In total we counted 1,605 whales, of which about 1,300 are located in the Golfo Nuevo. This is the largest number registered in a census since 1999. We also have 710 offspring. Never before have we counted so much. Of these, 17 are white. "

When the previous census was performed, which showed 1,079 animals, Enrique Crespo of CENPAT had anticipated Horn "This does not mean that there can not be more between the next two or three weeks, we are in one of the years with the largest number". Crespo & # 39; s progress was amply fulfilled.

The arrival of more than a thousand copies this season is a record for the last years since the average is between 700 and 800. It should be taken into account that the species recovers and has an annual growth of 8 percent. multiple years

It is estimated that a total of around 2,000 whales pass through the coasts of Valdés in each season. A number that has grown over the years in what it represents the most important tourist resort in the province of Chubut: every season more than 100 thousand visitors arrive, which runs between May and mid-December.