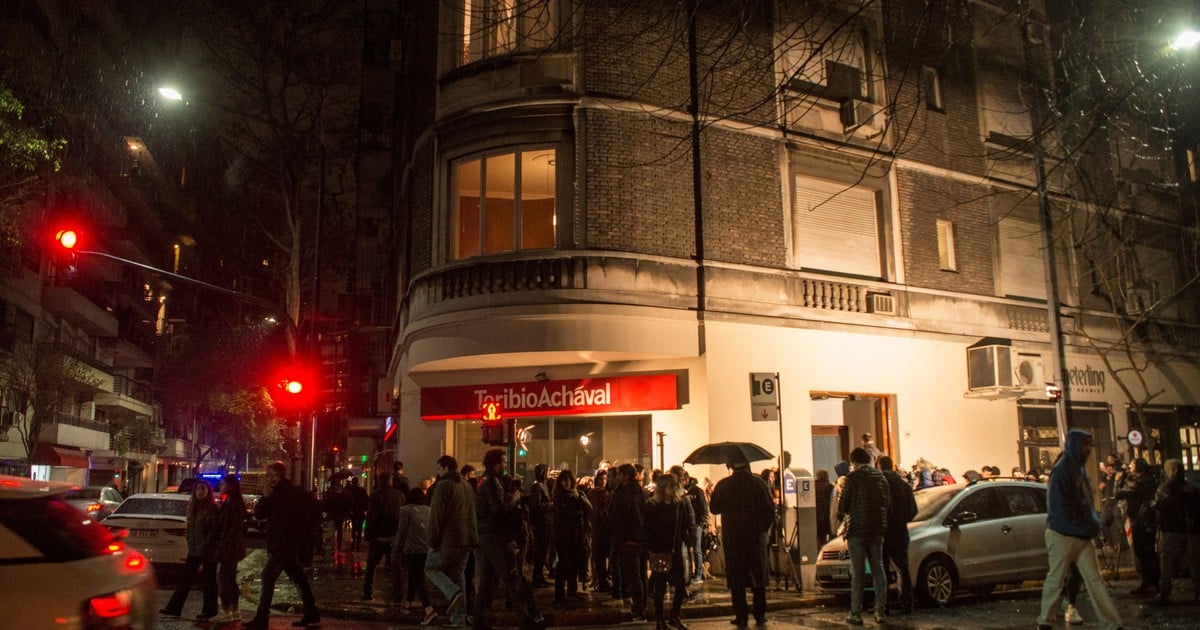 Judge Claudio Bonadio asked Congress two weeks ago to introduce three properties of Senator Cristina Kirchner. The aim is to level them and thus confirm the statements of various defendants who have explained in the case of corruption notebooks. There are three houses for which, according to the report of the cause of the bribe notes, illegal funds were transferred Bringing former officials from the Ministry of Federal Planning as a kickback that they paid for contractors of the state.

The route of the bribe money, which according to research amounted to more than 200 million dollars, had fixed collection points, but also a destination. This was stated for the prosecutor Carlos Stornellil and Judge Claudio Bonadio at least four accused.

The first to record how the money from the bribe collection was sent to entrepreneurs in the construction and energy sector was Oscar Centeno, the former director of Roberto Baratta who wrote the eight notebooks that started the investigation. He stated that the daily collection was carried out to Uruguay and Juncal, the department of the former president in the neighborhood of Recoleta.

A few days ago, Ernesto Clarens, financier associated with Néstor Kirchner and Lázaro Báez, confirmed what other defendants had already known: money from bags and bags "went to the south", that was "fate". This is in line with the words of the former official Claudio Uberti who in his confession said "repentant": "Those bags of money would take them to Santa Cruz" and added: "The final destination was the south." The suitcases were destined for the house of Néstor and Cristina Kirchner in Río Gallegos located on the corner of the 25 de Mayo street where they had vaults ".

Sergio "Potro" Velázquez – pilot of the presidential fleet from 2003 to 2015 – also admitted before judge Bonadio that rides were constantly made to Río Gallegos, with "bags and bags" and clarified that he had never opened them, but hinted that their content was money.

Judge Bonadio is trying to search three of the 26 properties that the previous president has. What are you looking for? As Clarín explains, the federal forces must observe the structure of the spaces, search for a place of possible storage, confirm the distribution of some places on the basis of the testimonies in the house regarding those carrying bags of money to the buildings would have worn.

The apartment near Recoleta of 280 square meters, where the former president was installed after terminating its term in December 2015. That property was leased in 2009 by Lázaro Báez, the main contractor of the public road works in Santa Cruz determined the justice : received 52 contracts for 46,000 million pesos.

In that year the lease was signed with Austral Construcciones, the flagship company and winner of contracts with the state. The rent was paid at the property company that Máximo Kirchner had with Osvaldo Sanfelice in Río Gallegos and he paid -without use of the department-, $ 5,000 plus VAT, converted to the 3.81 pesos that the currency at that time quoted, gave about $ 25,000. Today would be about $ 152,000.

Moment of the assessment of the house of Cristina Kirchner in Río Gallegos. Photo Opi Santa Cruz / Francisco Muñóz.

On the waterfront of Río Gallegos is the house where Cristina Kirchner stays every time she returns to the capital of Santa Cruz, since 2010. With 892.8 square meters of the total area, the building was officially valued at US $ 570,000 ($ 8,700). 000) more than double the US $ 250,000 he claimed to have paid Los Sauces SA, the real estate company of the Kirchner family.

It was reviewed by the National Appraisal Tribunal (TTN) after an investigation into money laundering that falls on Los Sauces, the owner of that house. Justice determined that there was a simulation of real estate values: the partner of Máximo Kirchner, Osvaldo Sanfelice, bought the house earlier sell it to the Kirchner, for $ 200,000 when it was worth $ 1,260,000 in 2009.

Wide, luminous and with 30 years old, the 348.9 square meters covered with the house of Cristina Kirchner, they were defined in the official report with "good constructive quality and finish, and good distribution of atmospheres". Of course they have detected an extension "not indicated in a map of 77.30 m2".

How is the house? It has a covered garage "with change of functionality" which is now a gym. There is also an office with four windows. The living room with a carpet with windows and a small wooden coffee table was defined as a "warm" environment. Through a hall of the house you have access to the large barbecue with kitchen and windows overlooking the garden. From this room you have access to a room with a wooden door that is part of a wine bar that actually serves as a storage room.

The ground floor has a reception; a living room that loves the bedrooms. Next to the large dining room is the kitchen with "complete device". The ground floor also has a laundry room, a toilet and a large bathroom.

On the upper floor there are three bedrooms. The main with double curtains, has a bathroom en suite, "with modern sanitary facilities" and with a bath with hydromassage and at the same time connects with a "large dressing room". The house in turn has a barbecue with barbecue, a kitchen and large windows overlooking the garden with a grill.

The residence of El Calafate

With rows of poplars around it, the residence of El Calafate is the favorite place of the former president. In the street Pedro Agostini is the house with two floors and large windows overlooking the garden one of the houses where he lives, every time he travels to Santa Cruz.

It is one of the other places that are referred to as the destination of funds that are collected as bribes.

Adjacent to it is the boutique hotel Los Sauces which, according to Uberti, required a "laundering of $ 105,000 per month", which was the amount for which Panatel Juan Carlos Relats agreed to rent the site. In that place Lázaro Báez had land on which the former president expanded the facilities of the hotel. How did they negotiate? The businessman K gave it to him for a land of 87,000 that they shared in condominium with Cristina. The official value is $ 17,400,000.