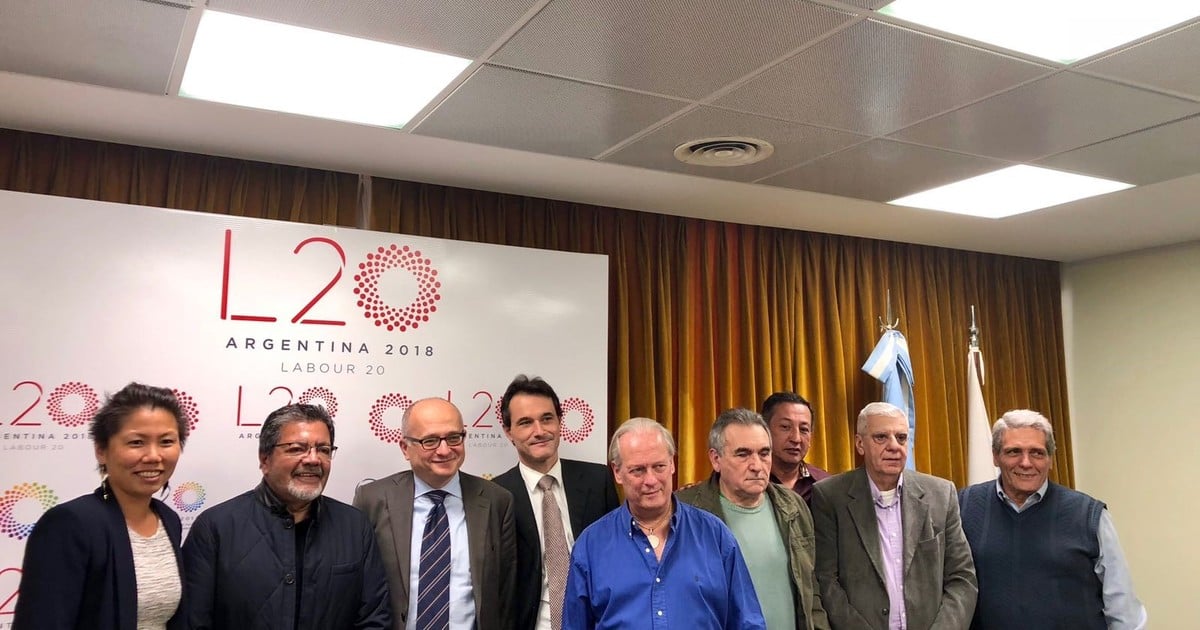 The small table of the CGT received the International Monetary Fund at the head office of the UOCRA. The delegation of the economists of the organization was composed by Joyce Wong, Paolo Didine and Roberto Cardarelli. For the IMF mission, the workers' center expressed its concern about the agreement reached with the national government: "without being apocalyptic, a real concern for a situation of social overflow".

The meeting lasted one and a half hours. There were no translators. Cardarelli treats Castilian. The CGT raised seven transversal points and reconstructed this newspaper. The Italian answered one and others just listened to them. They agreed to meet again in a few months.

After the usual greetings, the trade union leaders Juan Carlos Schmid, Carlos Acuña, Gerardo Martinez, José Lingeri, Andrés Rodriguez and Omar Maturano They told him how insensitive the image of the IMF is in the country. "This time we have not offered ourselves, but rather they came to find us"explained Cardarelli and added: "We want to contribute to the improvement of the economic situation in Argentina".

The first of the seven items that the CGT put forward was to know whether "funds are guaranteed to retain social assistance". Cardarelli not only confirmed that, but added "These funds will be deepened if necessary". Subsequently, the delegation was informed that the CGT asked the government "a multisectoral table that includes the government, businessmen, trade unions, popular organizations and the political opposition". On this point, the Italian apologized for comment.

Cardarelli confirmed the words of Jorge Triaca respect that the Fund does not promote any change in Argentine labor law. It was the answer to the third point in which the trade union leaders said that, in this context of economic crisis with company redundancies and closures, they would not approve any form of labor reform.

Furthermore, the leaders asked that part of the Fund's contributions would be earmarked productive investment to stimulate the domestic market. At the same time, they have announced that the government must maintain solid budgets for public works and infrastructure, since the construction industry is a fundamental driver for economic activity.

Then the evaluation of the socio-economic situation: the trade union leaders informed them "of the economic variables over which the government has no control". They concentrated on it inflation, the last photo's of the dollar and the trade deficit. Cardarelli always responded according to sources of the union, and he trusts that the government will respect the low budget deficit this year will not reach the inflation goal. When he left the conclave, he referred to it in a short intersection with the journalists posted there: "Obviously, inflation should drop, we think it will happen next year".

Returning to the meeting inside, the CGT finally warned of "a real worry of flooding due to the pressing social situation." Cardarelli said that "the protection of the social protection program" will happen, which he repeated for the press.

As far as this newspaper knew, the Head of the Fund delegation made an analysis of the economy in a part of the meeting that was on this side: "The problem of Argentine macroeconomics is structure-We are just as concerned about the current account deficit as the fiscal deficit. He added: "The IMF has proposed to reform the charter of the Central Bank, we understand that it would give the markets a clear sign of independence, credibility and predictability. "