The changes in the cabinet: the worst moment of Marcos Peña in the government – 09/02/2018 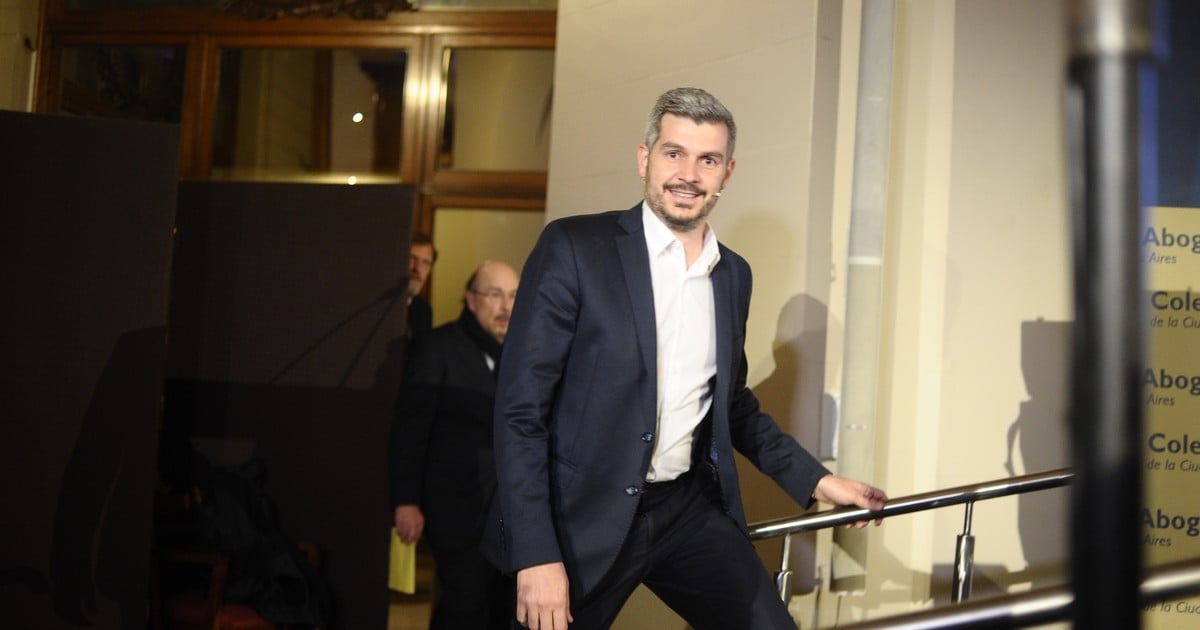 "What other gesture of greater support could the president give than to change the entire cabinet to not give it to Marcos (Peña)?" The reasoning, adapted to the reality that they make at the head of the cabinet, reflects only part of what is occupied in the Quinta de Olivos. It is that, almost three years after the inauguration of Mauricio Macri, Peñismo lives its most difficult hours, between the questions that his boss received, the departure of the tandem Mario Quintana and Gustavo Lopetegui and the offer of Alfonso Prat Gay to be accepted in the chancellery instead of Jorge Faurie.

As the dismantling of the Holy Trinity, as spoken in the government of the trio "am I", in allusion to Peña-Lopetegui-Quintana, it was not enough; the novelty that Macri wants Prat Gay to use his international agenda stumbled loudly from the government. It happens that it is not only the first to be confronted – and ejected – by the head of the cabinet.

Marcos Peña and Horacio Rodríguez Larreta in the Council of the Americas. Photo David Fernandez

With the election of Faurie as a replacement for Susana Malcorra, Peña had made sure that he was his lieutenant, the secretary of Strategic Affairs Fulvio Pompeo, who would lead the fate of that portfolio from the headquarters of the Cabinet. Van de Nier of Peña was the influence that had a powerful official during the whole management of Faurie, who had no strong ties in the macrismo.

With Prat Gay on the job that power disappears again. "Alfonso will deactivate the entrance ticket for the Ministry of Foreign Affairs "to Pompeo, He joked, with some fun, a Macrista leader. A Prat Gay, who sounded like a chancellor when his friend Malcorra was gone, reached him with an appearance on the Alejandro Fantino program to get back on track. All a symptom.

Near Peña too relativisation of the coup that involves the relocation of the binomial Lopetegui-Quintana. "If it was for Mauricio, nothing will change, the person who has interpreted the claim of some sectors and has proposed this is Marcos himself," they said. The same thing happened to the fatigue in April, when the political table was formed, whose proposals by Macri seemed to be at the beginning of what seemed to be an opening stage. but then lost strength and became a mere "testimonial" advisory board. "We are advisers," he repeated, angry, in the pre-weekend of this weekend of turmoil, one of the members of that table.

But if in fact Peña's choice was to agree on the relocation of his vices, his first option would never be the minister of modernization Andrés Ibarra. Man of extreme confidence of Macri, who is a witness of his marriage, since the time of Socma and Boca; the virtual manager of the human resources of the state has no good harmony with Peña, who gave Quintana the freedom to cherish him during almost all his administration. But since Friday, actions have been taken to carry out the daily work of the auditor, whereby the vices were quoted high, while modernization sounded like one of the portfolios that would limit themselves to the rank of state secretary.

"With ministers with more weight, it is inevitable that the absolute power that he had will no longer have him. But the one who thinks that in the consideration of Mauricio Marcos's opinion will not remain the most important, "warned a senior official.

In any case, they noticed in the government that what had happened in the last hours was different from the internal hours of the past. It is no longer a preacher or leader of Change, we bring differences with Peña; this time there was polarization. On one side were the head of the cabinet and his bishops behind the secretary-general Fernando de Andreis. On the other hand, those who had not walked the Quinta de Olivos until Saturday in the hottest hours: the "little brothers", as they are called under the head of the Buenos Aires government Horacio Rodríguez Larreta and the governor from Buenos Aires, María Eugenia Vidal; the political wing led by the owner of the Chamber of Deputies Emilio Monzó; and the radical gang, with the governor of Mendoza Alfredo Cornejo at the head.

Peña also added the fury of a difficult ally in these hectic hours, with whom he had an oscillating relationship: Elisa Carrió. The leader of the coalition, which is a good tune & # 39; had found with Peña, accusing him of & # 39; handing & # 39; to the deputy cabinet heads, which Carrió has cataloged via Twitter as & # 39; the best officials & # 39 ;.

In the middle, perhaps because he must act as a nexus with opposition areas and used to stay in balance since the dispute between Peña and Monzó, the Minister of Internal Affairs Rogelio Frigerio, who always distinguished the head of the cabinet from the fierce attack he received from Quintana. Peña recognizes Frigerio because he was the only one who put his face aside, at the worst moments and despite pulling on.

Of the many complaints that Macri heard over the past few hours, there was an unexpected: it pointed to Peña's communication strategy, perhaps his specialty. They did not ask him to change his name. "It's not about Jorge (Grecco, the media secretary), he fulfills the orders and can give his opinion, but certainly not, the problem is Marcos," was the message heard in Olivos. A change in that area would be the last blow Peña still has to receive,