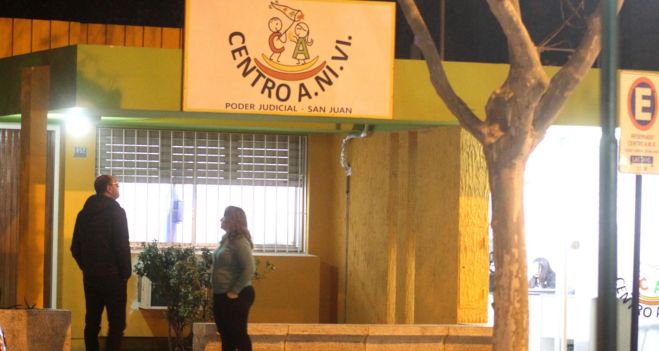 When the embers of the debate about the legalization of abortion, which mobilized a large part of society in the country, have not yet been extinguished, the first practice of a legal abortion in history at Rawson Hospital was at the end of this edition. forthcoming. that will be done for a minor with an intellectual disability, 14 years old, who was raped. Its history caused an impact on public opinion and also disturbances in hospital areas.

The start of this chilling event took place by a call to 911 last Tuesday, August 21, which was done by a neighbor in a rural area. Official sources said the complaint revealed that a van regularly went to the house where the child lived with her parents, owners of a farm, to remove it and bring back the hour later.

There is no national register of how many non-punishable abortions have been performed since the 2015 protocol came into effect.

The first investigations determined the suspicion of sexual abuse, so the minor was referred to the Center for the Comprehensive Approach of Child Victims (ANIVI) and the day before yesterday the criminal judge was informed in turn, Eduardo Raed, subrogate of the Second Court of Instruction. from the institutional communication department of the judiciary.

A pregnancy of about 10 weeks was found in the studies performed on the girl, and the parents asked Friday to interrupt the pregnancy. This fact corresponds to one of the two exceptions that the Criminal Code considers in the subject. The second paragraph of Article 86 states: "If the pregnancy results from a rape or an attack on modesty by an idiotic or demented woman, her legal representative must be required for abortion in this case."

Even in 2012, the Supreme Court ruled that the interruption of pregnancy after a rape is not punishable, regardless of the mental capacity of the victim, and that its realization does not require a judicial authorization or a prior police report. In that judgment, the Court also asked the provinces to set appropriate conditions in cases where a pregnancy must be interrupted. In 2015, the Ministry of Health published the Protocol for the integral care of people with the right to statutory interruption of pregnancy & # 39; and today there are eight provinces that have not yet been observed. San Juan is one of them, although they ensure from the Ministry of Health of the province that they are working to comply with the national protocol or to generate their own protocol.

So it was that Judge Raed went on to investigate the presumed crime and the interruption of the pregnancy directly corresponded with the action of the public health field.

On the other hand, it also transpired that a scale model of the crack was generated in the hospital that was visible this year in the whole society, while the decriminalization of the abortion project had parliamentary treatment.

But as data on the history of the victim and the clarity of the Penal Code appeared, the ability to comply with the law and the pregnancy quickly and safely interrupted stronger.

Between Friday afternoon and yesterday morning the recorded video interview was made with the minor, formerly the Gesell room, and then the psychological examination. Although she already had a disability certificate from the girl, the skills ratified a maturation delay. Your brain corresponds to that of a 4-year-old child. The victim told about details when the abuse started with games, which consisted of removing clothing. Medical examinations showed that the situation with regard to abuse had already persisted over time. Yesterday, the Ministry of Human Development, which is committed to supporting the whole family, joined the integral operation.

Meanwhile, the police investigation continues to confirm whether the suspect is the author and in that case alone or accompanied. That is, the skills on the child's body indicate that the abuse has been around for quite some time and suspects that it has been raped by more than one man, although it is something that can be verified with the minor's story and the analysis of the "material" ovular examination of the minor in order to be able to compare the possible authors of the alleged sexual abuse with DNA ", as described in another paragraph of the Court's communiqué The investigations were surprised by the way the detainee defended himself: he admitted with full naturalness that he maintains relations with the girl, although he made it clear that he could never have conceived her because she was sterile. "Everything has jumped because she has received a Eva test, "they said in an impromptu interrogation in a police department, and he wanted to involve the parents themselves, indicating that they accepted t he had meetings with the minor.

While the terrible case came to light in the last hours of the day before yesterday and the news generated its big impact, it was decided to interrupt the pregnancy. The intervention will be carried out with the drug Misoprostol, recognized by the World Health Organization in its Clinical Practice for Abortion & # 39;

Episodes to the protocol

San Juan is one of the 8 jurisdictions that still do not have protocols or have committed to the nation's health ministry to practice legal abortion. The other seven are Catamarca, Corrientes, Formosa, Mendoza, San Luis, Santiago del Estero and Tucumán. In addition, there are 15 who already have the protocol and another 7 who keep it partially.

Sixteen National Delegates submitted a bill on Friday to ensure the public production of misoprostol and mifepristone, for the interruption of pregnancy in non-punishable cases. Daniel Filmus, promoter of the project, said today that a termination of pregnancy is $ 11,500 and would cost $ 1,914 through the safe method.