The governors deny that the agreement for the budget is near 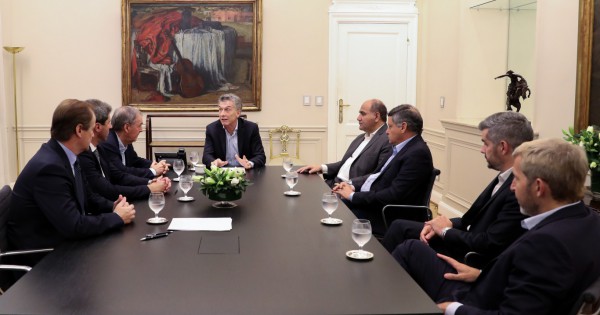 It was not good for the government among the governors to make it clear that the agreement for the budget and the adjustment was closed at 75%.

As explained, after the meeting on Thursday, LPO was optimistic with all ministers of the country's economy in the Rosada to reach an agreement to adjust 100 billion pesos that the provinces manage.

To reach this amount, the executive authority accepted the agreement to delete the Soy Fund, regulated by Mauricio Macri by decree, and the transfer of transport subsidies to the provincial jurisdictions for an annual amount of 45 billion pesos.

The presidents, however, ensure that the agreement does not even It is close and it bothers them that filters out a possible understanding in the middle of the negotiations, which will continue next week. So they waited until Friday to make a statement to deny "that there is a wave of love and peace".

"They underestimate the discussion partners," they told LPO from the vicinity of one of the governors who complained about the lack of tact.

"After the National Government unilaterally and without prior consultation with the provinces decided to delete FOFESO as of August 2018, and understanding that this is one of the measures taken to reduce the national budget deficit, we have expressed our total disagreement. because it affects the current budget, both provinces and municipalities, "according to the statement.

"The provinces are prepared to contribute with extra effort, so that the national government has a budget for the year 2019 in terms of reducing the proposed deficit, as long as the reduction of the deficit does not focus solely on spending, but also in the means, mechanism that makes it possible to distribute the effort fairly across all sectors of society ", adds the letter.