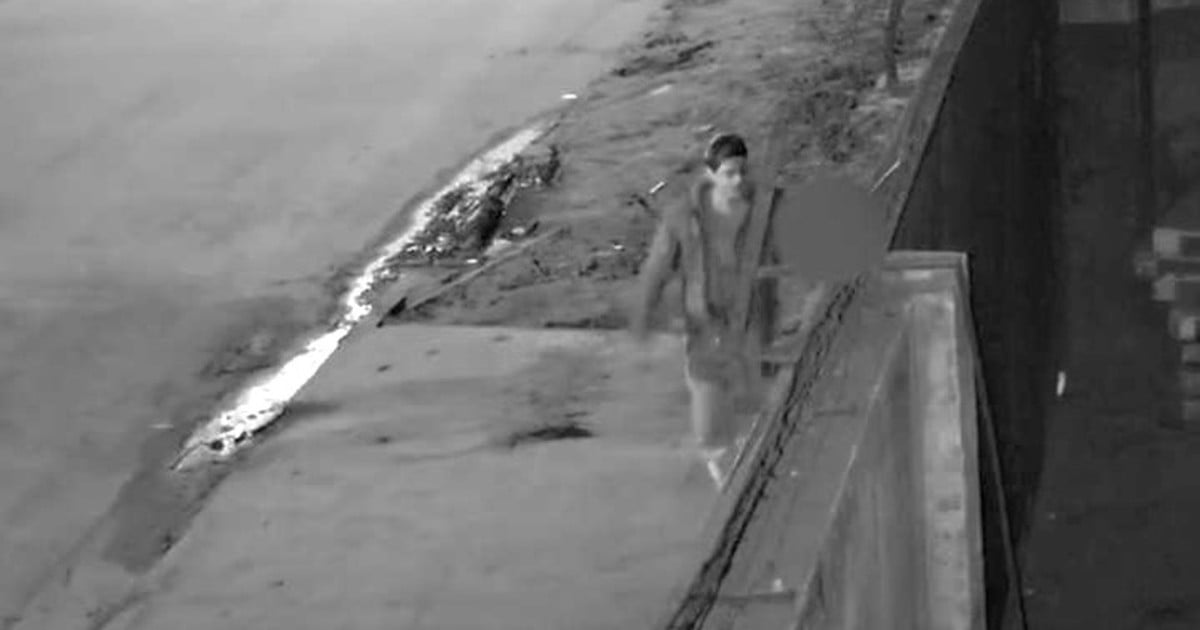 He attacked with a naturalness that surprised everyone. His inner circle could not believe that the video was him. But his appearance, his specific characteristics and his way of moving were a true reflection of his family. His mother saw the images and felt that it was him. Even his girlfriend was encouraged to tell him directly.

The fact It happened on Saturday, August 4 at about 5 am, when the suspect was intercepted, kidnapped and maltreated in a vacant part of a 12-year-old girl. The girl went back home alone after she escaped with a friend to go to the center of that part of the western suburbs, while her mother slept with her little baby.

To accelerate the investigation, the court decided to distribute the video, taken by a security camera from a Chinese supermarket. It was decisive.

The detainee was identified as David Nahuel López, 21, a changarín He refused to testify to prosecutor Pedro Illanes, of UFI N ° 3 of Mercedes, who accuses him of the crime "aggravated sexual abuse with carnal access and simple robbery" because he took the mobile phone from his victim.

While the results of the tests are expected and the little girl tries to recover from the physical and psychological impact of the abuse, Lopez's mother spoke. He did it in an interview with Chronicle TV. She said she gave her son after she recognized him in the video. "My son has done a lot. The police came and I gave it, I saw in my eyes that something had been done "he condemned.

I've trained him with codes, but my son is a psychopath, & # 39; said Laura, then explained when the police went to see his son at home, and the woman told the officers where he was. already aware of the truth.

The researchers had arrived there after the data of an anonymous call. "I know the rapist and I know where he lives", could be heard on the other side of the phone. The truth is that it was thanks to this fact that they arrived at the defendant at home, located at only 1400 meters from the intersection of Monteagudo and Buenos Aires, where the wasteland where the girl was raped is located.

Nahuel David López was arrested in his girlfriend's house, accused of having abused a 12-year-old girl.

When they arrived at the address, the police officers did not find the suspect. "Yes, there was his mother, who told the researchers that the man lived in his girlfriend's house for a week and brought them to the place," the sources said.

After committing the offense, the defendant went to bed, changed his clothes and went to the friend's house. & # 39; The bride was not so naïve, she often contradicts herself, & # 39; said the woman.

Together with Laura, the police moved to the home of Lopez's friend, based in Mariano Acosta, where he stopped raping since Saturday. But they did not find it there either. "Her mother-in-law explained that she had gone to accompany her daughter to the train station and that she was about to return," they said.

When he appeared in his girlfriend's house, they waited for him. Together with his mother and his mother-in-law, both as witnesses, they brought him to the police station. "He could not explain what he had done on the night that the girl had been raped, nor how he had hurt his hand and that he broke and said: & # 39; I am the one shown in the video & # 39;", Certified sources of the case.

In a raid after the arrest, almost next to the house of Lopez's mother, Researchers found the girl's cell phone, the one her rapist had used after she had abused her.

They were also kidnapped white boots that resemble those of the rapist according to the images at the time of the attack. Because of that, the researchers believed that the suspect was working in the fridge.

"Actually, I did not have a permanent job, it was like a changarín going to the peladeros, which worked at night, to queue in case they needed extra workers," the sources trusted. And they concluded: "Only the night of the rape was the peladero in which they used it. And just as he went over there to do the changa and discovered that the place was not working, he turned around. & # 39;

The researchers suspect that López He returned home when he met the girl and her friend, who came back after he escaped to return to the center of Marcos Paz at dawn, go to the games and to the square.

They also believe that it was Lopez who asked for time shortly before other men on board a car invited them to go up and they, afraid, walked in different directions. The friend took the path of the route. The girl chose to go through Monteagudo alone, where the rapist kidnapped her.

Key elements kidnapped next to the rapist's house, in Marcos Paz.

"What a bastard when they put security in Marcos Paz (sic)", Lopez published in one of his five social profiles when the images of the attack on the girl were broadcast. Days later, the police would arrest him as the prime suspect.