The opposition prepares various actions to recover the soy fund 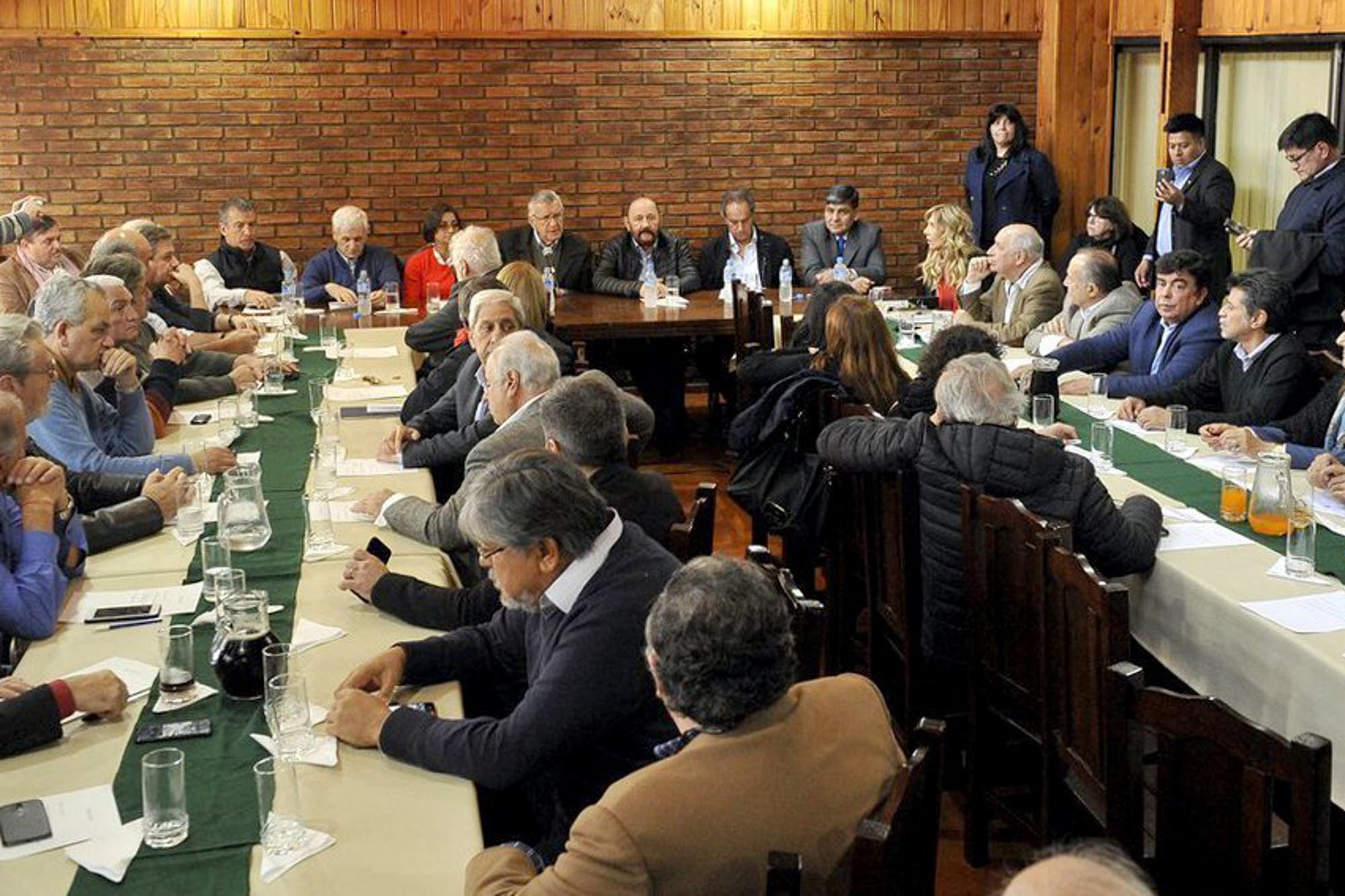 
Supreme Court
individually for federal courts across the country and both houses of Congress. The governors, intendants and lawmakers of the opposition will appeal to a series of means to combat the decree of necessity and urgency 756/18, thereby eliminating the federal solidarity fund (FFS), which in 2018 should be transferred to the provinces and municipalities. spread over $ 8500 million and $ 26.5 billion in 2019.

Opposition leaders are determined to work together. This week a group of Peronist leaders met each other in the


PJ
and sought the support of the


CGT
. On Wednesday, at the Federal Investment Council (CFI), the provincial state's attorneys will face each other. On Friday, the leaders will meet again in the same area.

There they will be ready to define the issues that will lead to justice. The provincial caciques want to replicate the strategy they used two years ago, when they claimed for each side, but in coordination, the return of 15% of the employee participation that the


Anses
and that was eventually returned to them.

Two alternatives are studied to present to the Court: an amparo and an unconstitutionality proposal of the decree that has eliminated the FFS, also known as the soya fund, because the provinces accounted for the 30% of the collection.


retentions
for export of soybeans. The AMPARO will try to suspend the consequences of the decree while resolving the underlying issue.

Prosecutors in the provinces governed by the PJ meet on Wednesday at the GEA to define the arguments they will put together. As far as the intendants are concerned, the central axis will be that a DNU can not be the instrument to eliminate the soya fund, which, although it was established by the decree in 2009, was later ratified by the provincial legislators. Not only that: it was again validated with the signing of the fiscal consensus between the nation and the provinces in November 2016 and was again endorsed by the legislature of each district.

"The original decree has been ratified three times, a quasi ley agreement that can not be withdrawn in any way with a DNU," said one of the lawyers preparing the arguments that the prosecutor of his province at the top of the CFI will take.

A similar strategy will be presented to the intenders for the federal courts of their provinces. The Buenos Aires municipalities, with the sponsorship of the Ombudsman that Guido Lorenzino recommends, will demand the nullity of the decree and at the same time an innovative precautionary measure to suspend its effects. The abolition of the FFS removes $ 3,200 million.

"Not only the institutionalism and federalism of the agreement are affected, but also the delivery of the basic services that the municipalities had planned to deal with this fund", they maintain on the Ombudsman's office

] Since the publication of the DNU, some mayors of Buenos Aires have had some sort of problems
forum shopping reversed: they assure that the Casa Rosada "went the limit" for the federal courts to reject the proposals and that is why they started hearing unaffiliated judges.

Parallel to this, the Buenos Aires PJ comanda Gustavo Menéndez (Merlo) convened a meeting in La Plata on Tuesday. A day later, in Capital, the Argentine Federation of Municipalities will meet, which will raise its head

The same situation is emerging in the rest of the country: the meetings of the intendants with their national legislators started as soon as the financing of the soy fund was announced.

In Congress, a three bands

The congress and provincial legislators will be a new epicenter of the claim in the coming days. On Wednesday, in the deputies, meet in the plenary public works and municipal business committees led by representatives of the Justicialista block: the entrerriano José Bahillo and the Buenos Aires Eduardo "Bali" Bucca, respectively.

The idea is that the Intendentes expose the impact that the decree will have in their municipalities, both by the interruption of work and in the loss of jobs.

In parallel, the head of the Judicial Bloc, Pablo Kosiner (Salta), presented a law repeal of the DNU, based on the co-ordinated origin – between Nation and provinces – of the soy fund and the fact that it is being implemented. Another similar project was presented by Senator Guillermo Pereyra (Neuquén People & # 39; s Movement).

The final route will be the Bicameral Legislative Processing Commission, which the DNU would have to review. It is chaired by the radical Luis Naidenoff, from Formosa. This week, the legislator of his province approved a project that rejects the decree and asks the bicameral to leave it without effect.