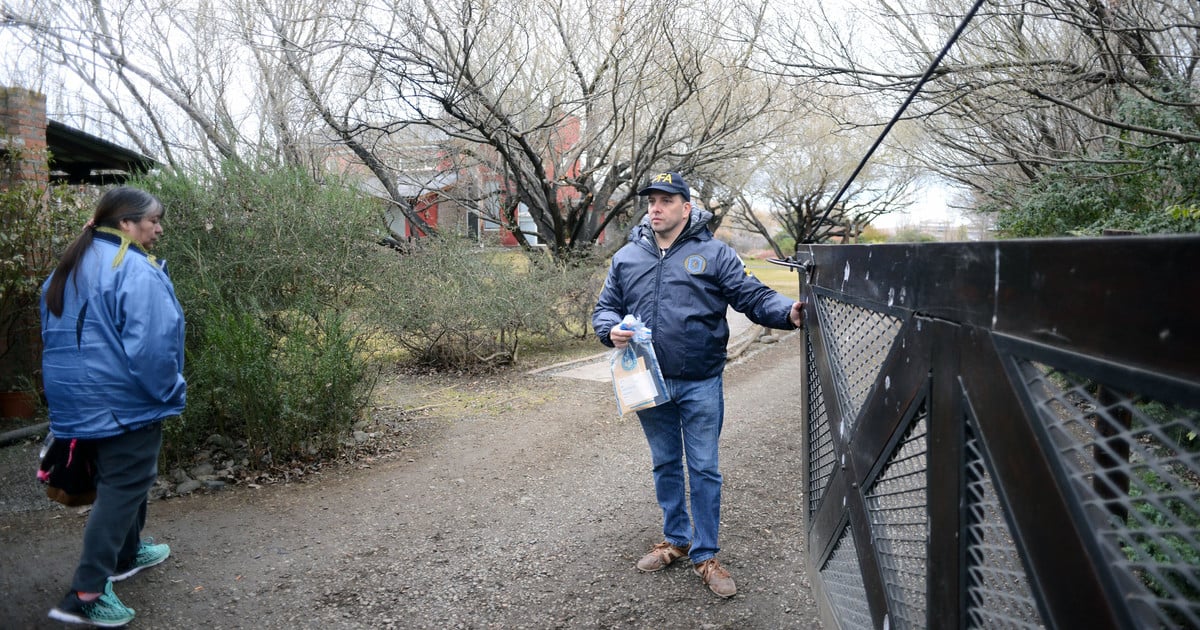 For the third consecutive day, the federal troops entered the residence of Cristina Kirchner in El Calafate. It is one of the raids that was ordered by Judge Claudio Bonadio which he claimed the longest. The building is one of the most important dimensions that the former president has. The operations are carried out in the context of the cause known as the "notebooks of corruption". Horn He told in his edition of this Sunday that there was a room in the basement, a safe, where they will look for access.

The federal forces have been in the El Calafate residence of Cristina Kirchner for three days. The main access remains with a strip "closed" and a bus guarded that access during the night. Towards the house surrounded by poplars, the federal police and the gendarmerie arrived later on Friday with special teams and dogs from customs and the AFIP, who toured the area around and inside the house.

the Operative performed is similar to that performed in the home of Río Gallegos and near Recoleta in Buenos Aires, also owned by the Senator. The search warrant indicates that everything relevant to the file must be taken into account.

Authorities kidnapped a Honda CRV gold truck, owned by the Senator of Unidad Ciudadana, who was parked in the garage and apparently has irregularities.

The personnel of the armed forces, according to Clarín, carried out tasks on environment by real estate environment and all walls were scanned, the ceilings and floors were checked. This work demanded "Remove everything that was in every room from paintings to furniture", explained legal sources.

The task consisted of inspecting roofs and making a plan of the place that allows it "Verify the statements of the witnesses with the diffusion of the environments". The gardens were also visited with the dogs of the AFIP and in the register of the house was analyzed whether there were adjustments in the infrastructure.

The specific work of this Sunday will be concentrated in the ground of the house. On this occasion, specialized teams had to resume work, especially on a detected space that allegedly had "camouflaged its door" and whose "concrete construction" did not allow access. The tasks of this day will be carried out in the supposed safe, where the person in charge of the operation – will try to scan those walls.

The house has a basement, ground floor and two floors. It has an area of ​​485 square meters covered and a large garden adjacent to the boutique hotel.

The raids in the former president's homes are done after the Congress has approved the corresponding permission in the context of corruption notebook cases.

The maneuver, according to the charges of the prosecutor Carlos Stornelli, was focused on unauthorized enrichment of the most important leaders and organizers of the criminal structure & # 39 ;, namely Cristina Kirchner, Julio De Vido and Roberto Baratta. The goal of the unauthorized association was fulfilled, emphasizes Justice, by the uninterrupted participation of businessmen who paid bribes for $ 35 million over a period of four years.

The route of the bags and bags that were usually collected, Roberto Baratta, had as destination "the south" and the Recoleta department of the former president, according to various testimonies that were made in the lawsuit. Among them are the former driver of Baratta, Oscar Centeno, the former official Claudio Uberti, the financier Ernesto Clarens, and the former pilot of the presidential fleet, Sergio Velázquez.

For this reason, the search warrants were issued on the properties in Santa Cruz.