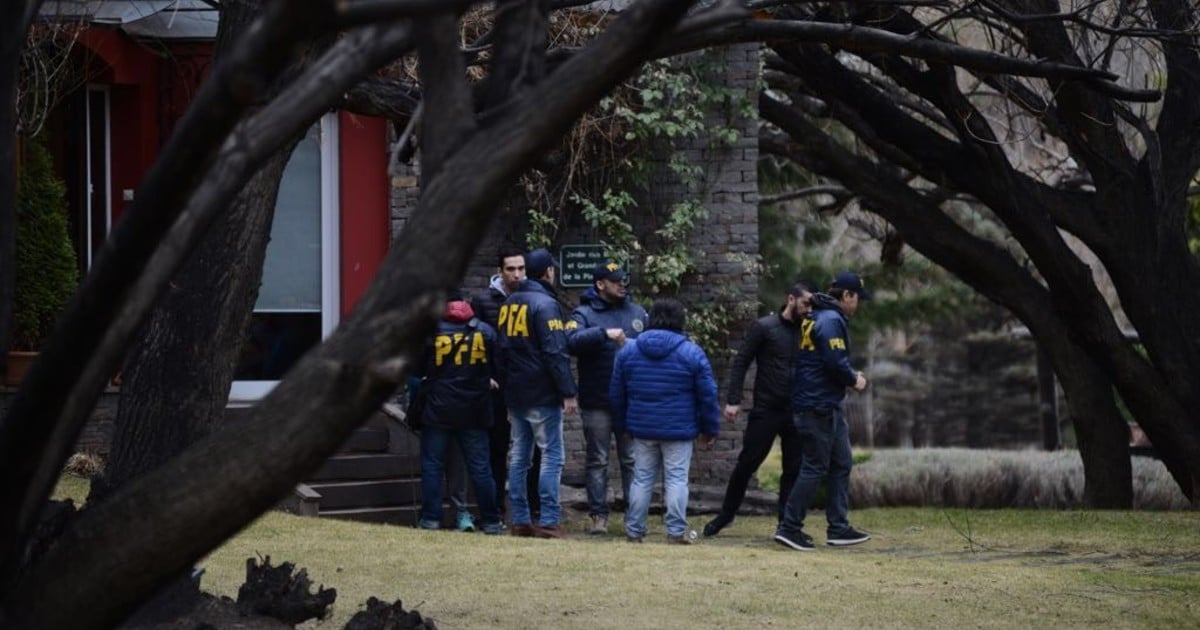 In El Calafate, the "place in the world" of Cristina Kirchner, has been made since the afternoon of this Friday the third and last raid on behalf of the judge Claudio Bonadio in the context of the cause of the notebooks of bribery.

The federal police and gendarmerie arrived after 3.30 pm and entered the building, but a few minutes later they entered the house of the former president. One of the lawyers of Cristina Fernández de Kirchner walked beside the head of the operator. They had Customs and AFIP dogs, Who tour the grounds and the interior of the house.

When they started the operation there were about 50 people outside the house in the tourist village, and some moments of tension were generated prior to the arrival of the police personnel. The operation is similar to that in the Rio Gallegos house and the Recoleta district in Buenos Aires: the police have to scan walls, inspect ceilings and go through all the rooms of the building, one of the largest Cristina Kirchner.

The house on Pedro Agostini Avenue is the third of the former president's houses, where the federal police enter to verify the statements of various testimonies that appear in the file and to inspect the property.

After the extensive operations on the fifth floor of the building in Uruguay and Juncal and in the villa of Río Gallegos, the last search warrant was executed in the city of El Calafate in Santa Cruz.

There Cristina Kirchner has a large estate surrounded by poplars, built by the architect Pablo Grippo, responsible for the design of the boutique hotel Los Sauces Casa Patagónica and also for the renovation of the hotels of the Kirchner family.

This property was charged with having an alleged safe. This week, the former deputy governor of Néstor Kirchner in Santa Cruz, Eduardo Arnold, repeated that Cristina herself said she would install some vaults in a room in the house that they had bought from Banco Hipotecario de Río Gallegos.

In an interview with radio Miter, Arnold reminded me that "as an auditor of the Carboniferous Reservoirs of Río Turbio, I came to Calafate to take the plane to Buenos Aires and I went to Kirchner who was there, he had left in the Tango, or on search for the newspapers to Rio Gallegos and Cristina was alone, he invited me for lunch and invited me to show me the work ".

"It caught my attention a very large area with a diameter of about ten meters. Looking at the lake, someone usually makes a big window, "he thought." Then he tells me that the living room is going up, and that this is the safe to keep documentation. A lot of documentation that we will keep here in the boxes we bought at the demolition of the Banco Hipotecario de Río Gallegos, "said Arnold.

The house has a basement, ground floor and two floors. It covers an area of ​​485 square meters and a large garden adjacent to the boutique hotel.

The raids in Cristina Kirchner's houses are done after the Congress has approved the corresponding permission. Judge Bonadio delivered the orders on Thursday morning, not looking for money, but to collect all the information that is "relevant to the file".

The federal police received an extensive search warrant, which allows the absolute review of three properties of Cristina Kirchner. The magistrate asked that everything that is relevant to the case & # 39; is analyzed, assessed and taken into account. This is the file that follows the path of bribes for $ 200 million, "illegal funds" that former officials of the defunct Federal Planning Bureau in the construction and energy buying companies have collected.

The maneuver, according to the charges of the prosecutor Carlos Stornelli, was aimed at the illegal enrichment of the main leaders and organizers of the "criminal structure", namely Cristina Kirchner, Julio De Vido and Roberto Baratta. The goal of the unauthorized association was fulfilled, emphasizes Justice, by the uninterrupted participation of businessmen who paid bribes for $ 35 million over a period of four years.

The route of the bags and bags that were usually collected, Roberto Baratta, had as destination "the south" and the Recoleta department of the former president, according to various testimonies that were made in the lawsuit. Among them are the former driver of Baratta, Oscar Centeno, the former official Claudio Uberti, the financier Ernesto Clarens, and the former pilot of the presidential fleet, Sergio Velázquez.

For this reason, the search warrants were issued on the properties in Santa Cruz.

Operatives in Recoleta and Río Gallegos

The operation in the department of Uruguay and Juncal demanded more than seven hours. What happened inside the building? The infantry personnel arrived shortly before noon, with dogs specialized in tracking money, and the staff of the federal police assessed "all the walls, measures were taken to see if there were works or structural changes," explained legal sources. Horn.

They also looked at all the rooms in the ward and tried to verify the distribution of the testimonies of various defendants: they described where the suitcases were, how everything was organized in the house. For this reason, the plans of the property were also requested.

3,000 kilometers away, in Río Gallegos, hours after the operation started in the neighborhood of Recoleta, the federal police entered Mascarello 441. There was Matías Besi, friend of Máximo Kirchner and the lawyer of the family. The troops also came in with customs dogs who follow money, but traveled the entire area. The design of the house was also analyzed, if there were changes in the construction and if it had room for the possible storage of money. This attack closed around 19.