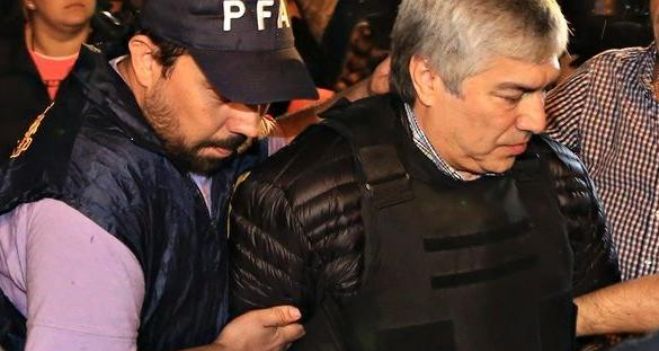 Justice blocked another 3 million euros that kept the businessman K Lázaro Báez hidden from a bank account that had so far not been discovered in the cause of the route of money K, disclosed to justice sources of Clarín.

The maneuver of Báez, who has been imprisoned for over two years and is about to start an oral trial for the first part of the cause of the K-money route, was done by the Panamanian treasury Kinsky. It is possible that Báez, before 2013, managed to withdraw all 3 million euros from Kinsky's account and placed them in another bank account in the name of the offshore CBH Bahamas LTD in Nassauabierta in an international bank. This had happened without being discovered in the first orders sent by federal judge Sebastián Casanello and officer Guillermo Marijuan to Switzerland.

But the work of the Financial Information Unit (UIF), led by Mariano Federici, managed to track down the deviation of money and freeze the money, so that the Federal Oral Court 4 (TOF4) -integrated by Néstor Costabel and María Gabriela López Iñiguez-pida official his embargo and repatriation, explained the sources. The UIF also reported to Casanello a few days ago from the finding. Several converts in the bribes case of bribes confirmed that former President Nestor Kirchner favored euros more than in dollars, because this could have more value in the same bag.

In 2017, the Swiss judicial authorities had officially confirmed to Casanello that there was at least one Lazaro Báez account in his country with $ 25 million and of which his four children also participate as beneficiaries. Those 25 were part of the 60 that were repatriated to Argentina in 2013 for fear of being seized. From this order Casanello got the transfer job in the Bahamas & # 39; s and Dubai.

The account has been opened in the name of the Panamanian treasury Kinsky in the Safra bank and appears, in addition to Lázaro, his four children: Martín, Leandro, Luciana and Melina. These data had been requested in an intelligence report from the FIU, which had applied for the arrest of the children of businessman K. But the judge has only investigated and prosecuted them.

In this report from the Financial Information Unit (UIF) there are four offshore companies that were not founded by Mossack Fonseca – a studio involved in the Panama Papers scandal – but by his arch enemy Icaza, Gonzalez Ruiz & Aleman, according to a Clarín research.

The Kinsky Trophy Foundation, of the four children of Lázaro Báez, and two other phantom companies that cooperated, sent at least 25 million black dollars to Switzerland, were also created by Icaza and its partners: Tyndall Limited Incorporated and Fromental Corporation. In addition, Clarín discovered in Panama's public register that the owner of Kinsky is National Founders Incorporated, also created by Icaza in his role as resident agent. In Kinsky, the predecessors accused Daniel Pérez Gadín and Jorge Chueco appear as directors in the case of the K-money route.