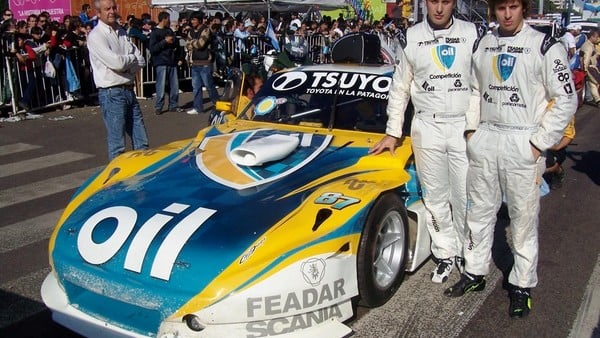 Judge Julián Ercolini summoned Cristóbal López, his partner Fabián De Sousa, the partner of the Kirchner, Osvaldo Sanfelice and the novelty is the quote for the children of businessman K: Cristóbal Nazareno and Emiliano López. The request of prosecutor Gerardo Pollicita and to whom the magistrate took place takes place in the context of the case Agosto SA, a Sanfelice company that had the sole customer of the Indalo Group owner and invoiced 39 million pesos. .

Justice suspects that part of the 8000 million pesos that Cristóbal López did not pay to the Treasury – in connection with the withholding tax on the transfer of fuels (ITC) that oil fuels have made to its customers- were derived from Agosto SA, company of Sanfelice, friend, employee and partner of the owner of Indalo. The company was not random: "It is an intermediary in the management of the commercial relationship with the Kirchners", the judge said.

The financial information unit (UIF) and PROCELAC provided the documentation of the court showing that three companies of the Indalo group (Alcalis de la Patagonia, Oil M & S and CPC SA) "would have obtained money, which was previously the national government was deceived ". from Sanfelice for 39 million pesos.

Justice argues that there was a "clear maneuver of money laundering", which began with the "unauthorized gains obtained by the Indalo Group". Later, "a mechanism for the recycling of part of these illicit proceeds" was developed: the money first circulated in the Indalo group as "loans" and then the contract with Agosto SA was concluded.

In this way the funds could "reach the hands of a person who integrated the environment of the former presidents with the appearance that they had obtained them legally, ie as part of the legal economic system."

The only customers of Agosto SA (dedicated to the rental of machines) were Indalo's three companies since August 2013. The electronic invoicing of the company between October 2013 and August 2016 reached 38,695,072 pesos.

In this scenario, and for the first time, justice focuses on the children of the owner of Grupo Indalo: Cristóbal Nazareno and Emiliano López. Both, respectively 32 and 30 years, more than eight years ago, are part of the directory of twenty companies of his father, as presidents, regular directors or deputies, but "they never decided anything", they pointed out. Horn from the environment of the businessman K.

The oldest of the children of businessman K is the one who has fewer ties with the companies, while Emiliano manages the fields and is a well-known TC corridor in Patagonia, car sponsored by C5N and Oil Combustibles.

Judge Ercolini called them to the investigation and found them – as Pollicita said – responsible and participants in the criminal maneuver related to the millionaire debt with the Treasury because of its role in the Indalo Group companies, in whose "construction and administration they an important contribution Cristóbal Nazareno and Emiliano López and Raúl Zamora ".

The root of this is the relationship & # 39; personal and commercial & # 39; – according to the opinion of the entrepreneurs of Lopez and De Sousa with the former president Kirchner & # 39 ;, those who were out of the illegal benefits of various public officials were the Indalo Group ".

Oil Combustibles was the company that did not pay to the AFIP during the government of Cristina Kirchner, the ITC. The eldest son of Cristóbal López was then the titular director of the company. The formation includes Inversora M & S, flagship of the group and holder of shares of several of the companies involved in the maneuver. This company, with a stake of 7.9%, has the CML II Trust, the trustors are the children of the entrepreneur K.

In turn, the two companies that were customers of Agosto SA and who billed almost 39 million pesos (Oil M & S and Alcalis de la Patagonia), Cristóbal Nazareno and Emliano López in their governing bodies.

As far as CPC – one of Sanfelice's contractors – is concerned in the alleged bleaching maneuver, it has as shareholders among others Zamora, and the eldest of the López brothers was appointed as president and shareholder and his brother as vice-president. For example, the children of Cristóbal were a step away from his first call for an investigation into his father's company.