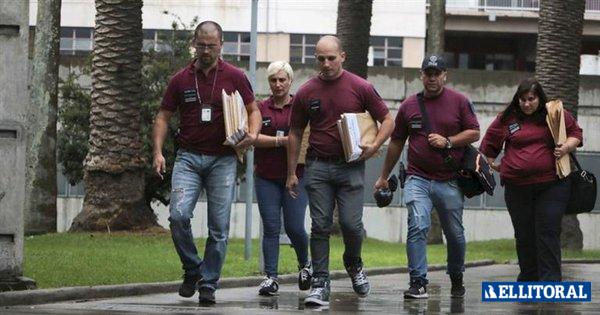 At the moment there are 900 rapists, between all convicted and accused, who are wanted by the court throughout the country, according to a survey by the Association Victims of Violations (AVIVI).

The president of AVIVI, María Elena Leuzzi, confirmed that "you not only do not know where they are, but that they are also very dangerous subjects, which in many cases return to abuse".

"Impunity is great, and so we have been calling for a few years that a special federal police body is formed to search exclusively for these monsters," Leuzzi told Diario Popular.

One of the most wanted rapists is a man known as "Cuchi", named Rolando Jesús Salto, who is accused of having raped a girl in a house in the town of Isidro Casanova.

For data that allow the recording, the Ministry of Security of Buenos Aires offers between 150,000 and 250,000 pesos of remuneration, in accordance with the provisions of Decree No. 2,052 / 98 and the amendment, which provide reliable information that informs the location and detention "of this subject (ID 31.522.077).

Among the data provided by the investigation, which are considered important for potential witnesses enabling the detention of the wicked, it is known that "Salto was born on February 9, 1985, the son is from Ecilda Noemí Salto and is married to Silvana Romina Décima, with the last address known in street Ruiz de los Llanos 122 of the city Isidro Casanova, La Matanza party. "

At 33, "Cuchi" has a scar in his neck under his jaw, a San La Muerte tattoo along with a prayer on his back and a second drawing of Gauchito Gil, while using false teeth.

"The arrest warrant was issued to be considered the author of the crime of serious excessive sexual abuse aggravated by an ascendant in an ideal match with the corruption of minors aggravated by the link, which took place on November 25, 2012, between 12.30 and 18 hours in the farm located on Calle Ruiz de los Llanos 122 in the city of Isidro Casanova, La Matanza, "said the arrest warrant.

In the investigation, the Office of Prosecutor for Crimes was derived from family and gender based violence and crimes against sexual integrity 1 of the judicial department of La Matanza (IPP 05-00-017050-13 / 00).

"The people who want to provide the requested information may only appear before the attorney general of the various judicial departments of the province, the office of the prosecutor for crimes derived from domestic violence and gender and crimes against sexual integrity 1 of the Judicial Department of La Matanza., (located in Calle Comisario Indart Nº 2676, ground floor, San Justo, La Matanza, telephone 4482-3885).

They can also do it before the provincial management of the registration of missing persons (located on calle 2 between 51 and 53, La Plata, telephones 0221-429-3015 and 429-3091 from Monday to Friday from 8 to 20), and ensure the confidentiality of the information and the reservation of the identity of the persons ", stated.

The Ministry of Security has also clarified that "the amount of the remuneration will only be paid to those who submit to provide the information to the designated authorities, letting them know that they are motivated by this offer, under the conditions of Decree 2.052. / 98 and its amendment, Ministerial Resolution 2.390 / 07, as established herein and in accordance with the merit of the information provided. "