They condemned counsel Juan Monteverde through their statements in the Council Rosario3.com 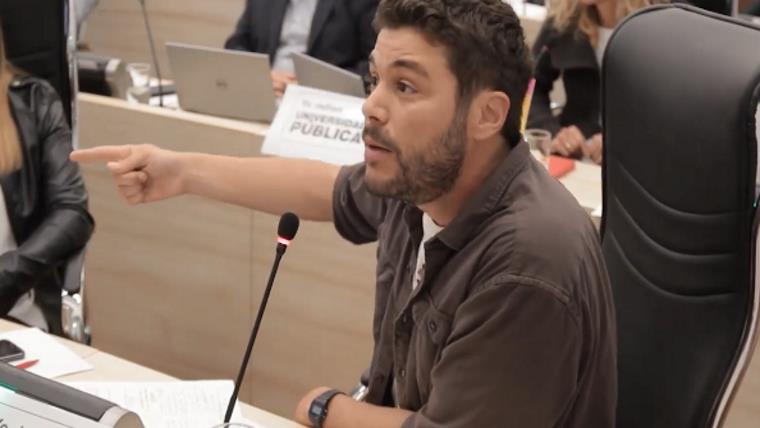 A lawyer and former Cambiemos official in Funes filed a criminal charge against Ciudad Futura Friday, council member Juan Monteverde for alleged instigation of the crime. It was because of the Mayor's statement last Thursday during the session, when he said that because of the economic situation people went "with drums of petrol to burn" the Palacio Vasallo and he would be on that side.

According to the information provided by the journalist Hernán Funes in Telenoche (El Tres), the complaint was filed on Friday afternoon in the Territorial Complaints Center of the Centro Centro Municipal Center. According to the proposal, Monteverde violated the law of defense of democracy and provoked the crime.

The complainant is Guillermo Pablo Grisolia, former secretary of the government in Funes (board of Cambiemos) and legal representative of the archdiocese of Rosario.

In addition, the complainant added a journalistic note with the textual statements made by the City Councilor of Ciudad Futura in the Council buildings, where he first sanctioned the Cambiemos block and then Rodrigo López Molina & rat & # 39; called. In his presentation he later indicated that people would "go with petrol cans" to burn the legislative building and he would be on that side.

Monteverde confirmed Friday in the program Radiópolis (Radio 2) that would not withdraw what was said in the session. Later, the president of the Council Alejandro Rossello appointed the mayor of Ciudad Futura A diary, where he believed that he had incited violence.