They follow police performance with the boys: they have saved the life of a baby in a micro 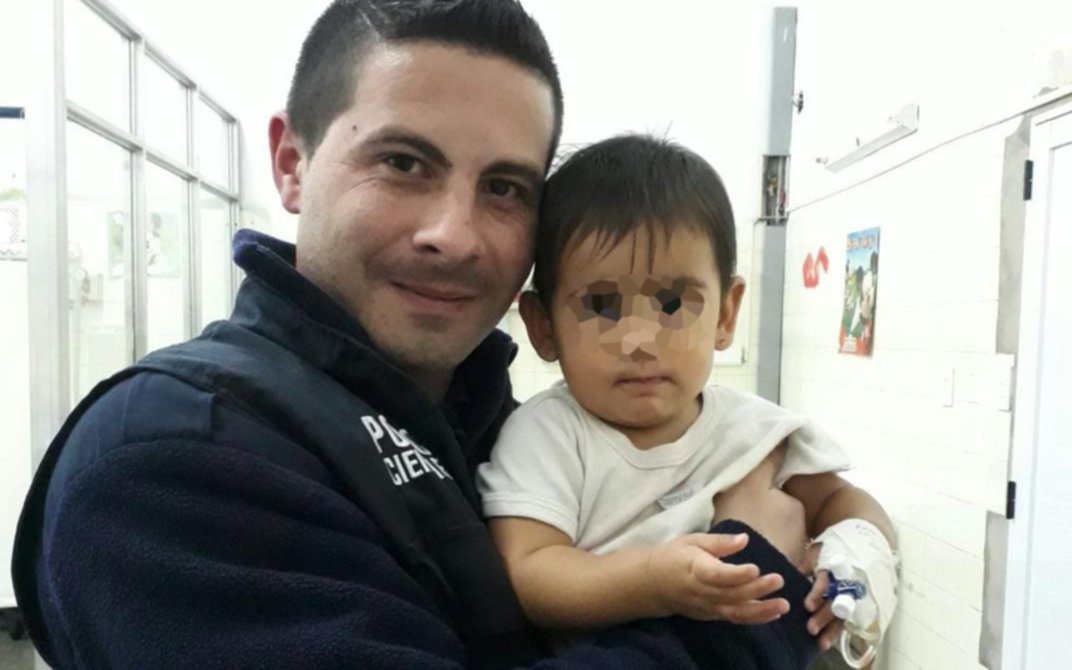 After the noble attitude of the new sergeant Celeste Ayala who fed a baby with signs of malnutrition in the Children's Hospital, this Friday saw a new police performance added to the numerous interventions that the staff of Buenos Aires helping citizens in complex situations such as childbirth or CPR.

Only the latter was what happened a few hours ago in Castelar, the feast of Morón. Two police officers from the province of Buenos Aires saved the life of a 9-month-old baby who did not breathe after performing CPR maneuvers.

It all started when police officer Diego Leonel Larrosa descended from a collective and walked to the morgue of the Morón Scientific Police Delegation, where he serves as an expert.

However, when he reached the corner of Almafuerte and Máximo Paz, he saw another bus, line 136, stop his march abruptly and his passengers quickly came down, including a woman who asked for help with a little girl in her arms.

Then the cashier noticed that he was not breathing and that his skin was purple, so he began performing CPR tasks until he went quickly to the medical corps of Morón, located a few meters away.

There, the official subauditor (prof) Julio César Domínguez, a doctor who was The guard took the girl and performed cardiopulmonary resuscitation (CPR) maneuvers until she was able to come to a sensation.

Then they asked for an ambulance from the same district – and also a cash with the ambulance. mother – and the little one was taken to the Hospital de Morón, a hospital where she had finished her recovery.

As it turned out, the baby was taken to this medical center by her mother to be treated for a health problem until at one point he stopped breathing.