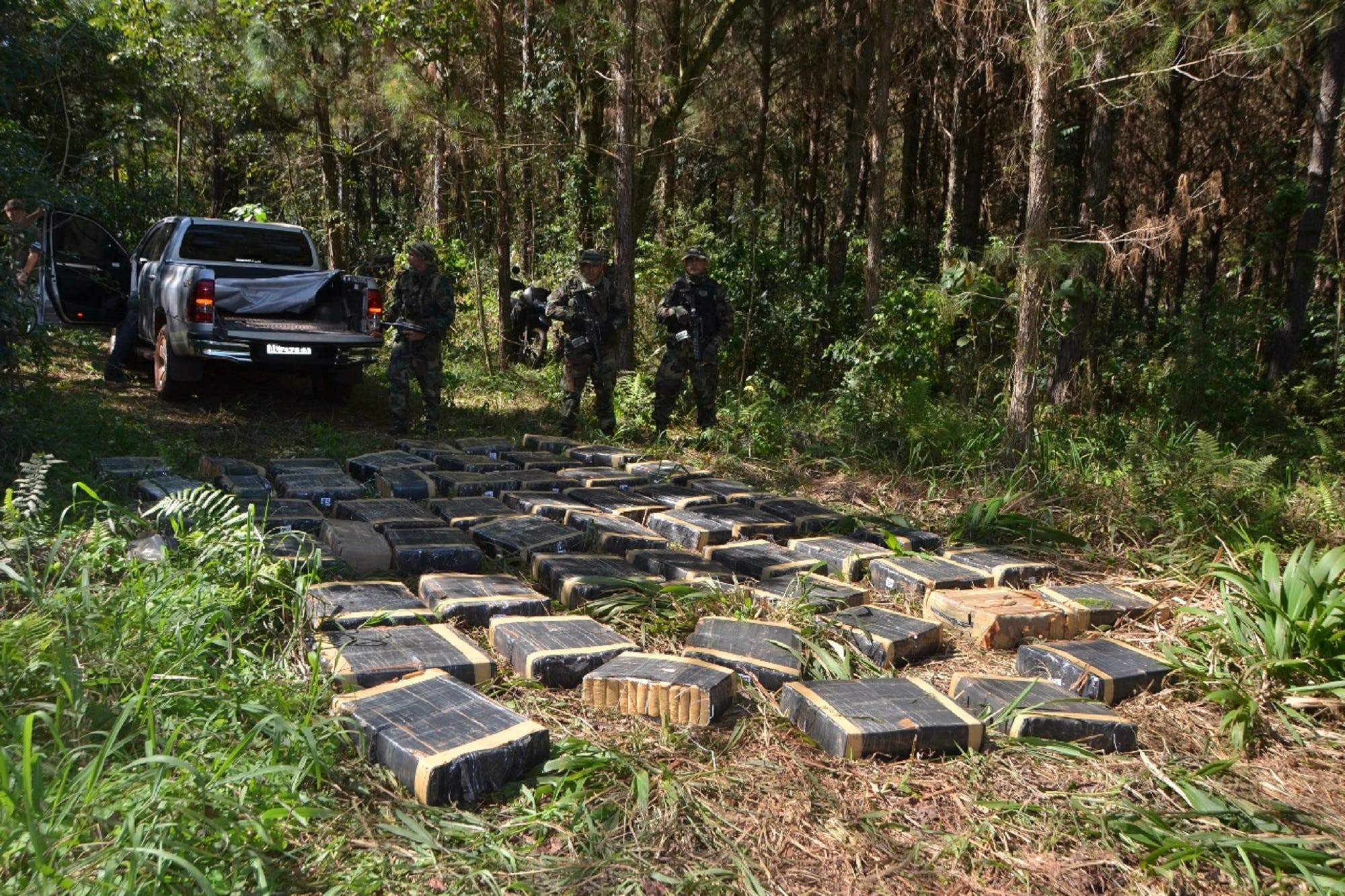 In the middle of the jungle missionary, the Gendarmerie troops found an impressive amount of drugs: nearly seven and a half tons of marijuana. There are two detainees in the case and the investigation continues.

The special unit for investigation and legal proceedings (Uesprojud) "Eldorado" with the support of personnel of the Monte Operations Group and other units of the armed forces, was commissioned by the Federal Court of Eldorado to the registration of land near the coast of Paraná , in the area of ​​Puerto Piray, with the suspicion that there are collection points on secondary roads and between the adjacent weeds for illegal cargoes, presumably of cannabis sativa, near national routes 12 and 14.

According to federal security service sources, the foot patrols entered the dense foliage and found two trucks 500 meters apart; both vehicles had their rear bins fully loaded with rectangular packages the size of a medium-sized suitcase; They contain marijuana. In the environment, as explained, there were heaps of marijuana packages covered with tarpaulins and dried leaves.

The spokesmen explained that the rake zone had been extended after the first discovery. Drones and the support of a helicopter were used, which not only tried to provide mega-operation air safety: it was also expected that the rotation of the main blades of the aircraft would produce sufficient wind to move the vegetation and facilitate visibility. of the places of abduction.

The subsequent census of the seized material yielded a result of 7433, 950 kilograms of marijuana, which were isolated, as were the two trucks loaded to move the anesthetic.

As a result of the raids in Puerto Piray, in a rural area near the city of Santiago de Liniers, with a large forest area, and in a farm in the Pinares district of the mission city Eldorado, the gendarmes arrested two people and took two other vehicles, in cash money, telecommunication equipment, precision scales, mobile phones and documentation of interest in attachment for the continuation of the investigation.