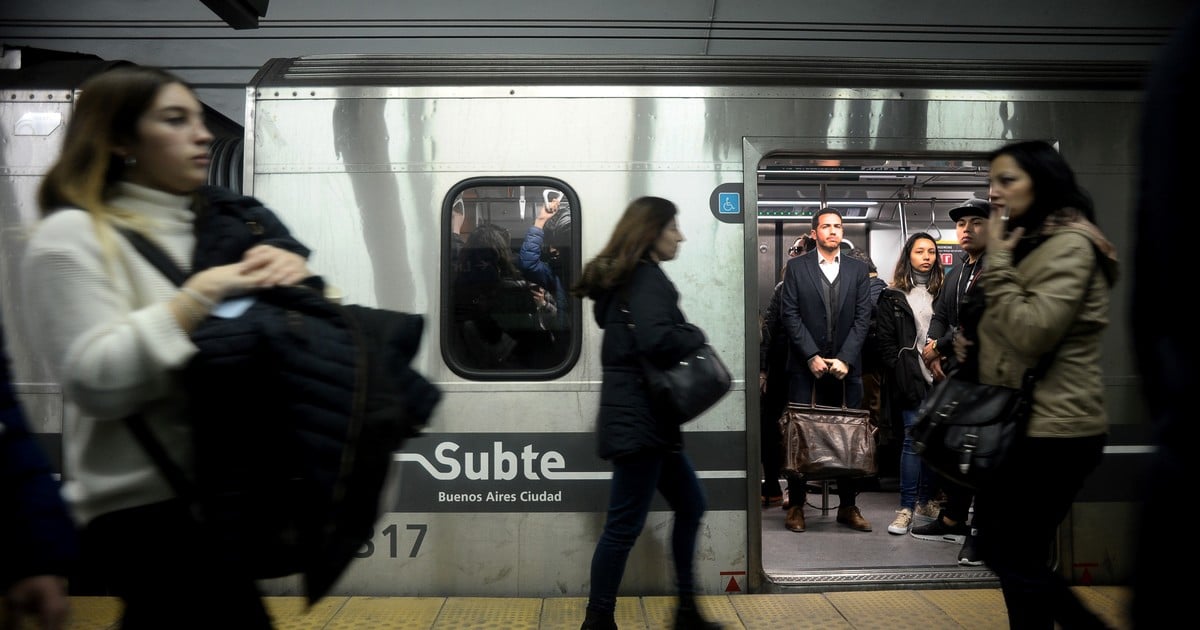 The ticket of subte would have a increase of $ 1 peso per month since November and until February to a rate of 16.50, according to this Friday the company Subterráneos de Buenos Aires (Sbase). But the approval of the increase will take effect once a public hearing is held .

The news came on the same day that the metrodelegados made a strike of a time to claim for the paritarias, in a conflict that began in April .

The ticket currently costs $ 12, 50 . Above two weeks ago after months of judicial brakes . Not increasing since October 2016 .

According to the new plan, which Sbase has informed, the passage will increase one peso in November, December, January and February. According to the statement, "the update responds to the variation of the technical tariff that reflects the costs of the operation of the service" and "the need to agree with the values ​​of the various means of transport ] and contribute to the subsidy reduction policy ".

"Subterraneos de Buenos Aires SE (Sbase) announces that it will continue with the proposal to update the user ratio, that will rise from November the price of the subway ticket $ 1 per month to reach $ 16.50 and the Premetro $ 0.50 per month to reach $ 6, "the company said.

Moreover, it has been reported that the staggered interest rate system for frequent passengers remains in force, which means a discount of 20%, 30% and 40% in the cost of the ticket, according to the number of trips made per month.