They will cross the call of Cristina, De Vido, Stiuso and Antonini Wilson Diary of Cuyo 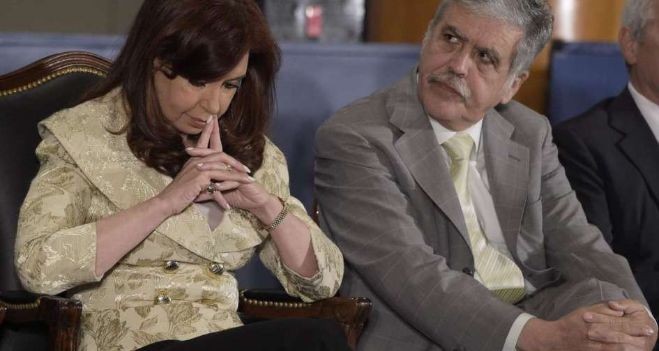 In the last days, the prosecution was reactivated for the case of Antonini Wilson, That happened eleven years ago, from the confession of the former official Claudio Uberti as remorseful, in the context of the case for & # 39; notebooks or briberies & # 39 ;.

now Justice ordered to cross the telephones and analyze the incoming and outgoing phone calls from ex-president Cristina Fernández de Kirchner, the ex-minister Julio De Vido and other ex-employees, as well as the Venezuelan Guido Antonini Wilson, that in 2007 he tried to enter Argentina with 800 thousand dollars in a confusing episode.

The analysis of the calls was ordered by the criminal economic judge Pablo Yadarola. The calls that will be analyzed are those between May and October 2007, and the judge also asked the Office of Communication Catchment of the Directorate for Judicial Assistance in Complex Crimes and Organized Crime of the Judiciary, in charge of the task, which also identified the "frequent and common interlocutor" within 90 days when evaluating the communication of a total of 374 phones, reported Argentine news.

These are mobile and fixed lines of private and work telephones of a list of former officials, led by the current national senator of the Citizen Unit, and integrated by the former OCCOVI head Claudio Uberti and his then secretary Victoria Bereziuk, who were traveling on the plane with Antonini Wilson.

The call analyzes also include the phones of the now-held Roberto Baratta, of the former Argentina ambassador to Venezuela Alicia Castro, of Antonini Wilson, of Daniel Uzcátegui Specht (son of the former holder of PDVESA and one of the passengers of the flight of the controversy), the former spy Stiuso, the then secretaries of Néstor Kirchner Fabián Gutiérrez and Daniel Muñoz, and businessman Rudy Ulloa.

At the telephone crossing The lines of the Military House, the Ministry of Federal Planning, AFIP, the presidency of the nation, the Argentine Embassy in Caracas will also be dealt with. and other organisms.