Ultimate details for the last search of the missing submarine 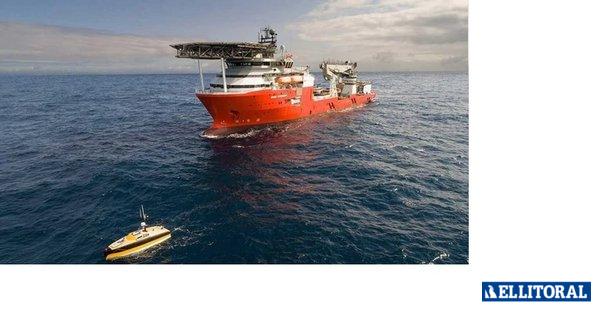 Between 6 and 10 September the ship & # 39; Seabed Constructor & # 39; in the port of Comodoro Rivadavia. The Norwegian flagship belongs to the company "Ocean Infinity", winner of the final certificate against the Venezuelan Hugo Marino, who had assured that he would find the submarine within 100 days, but did not have the business and financial structure to solve the task. .
In this way, a fundamental phase begins with the closing of a painful tragedy that began on November 15, 2017, when the submarine San Juan, after reporting that he had caused severe damage to his battery system that provided his installation with power propeller, continued course. to the usual station, the marine base Mar del Plata.
From there, the families of the 44 crew members of the ship began a long pilgrimage characterized by a succession of parts of information that was not always true, contradictory data and even an unusual internal under some high naval commands that are maximal when the former head of the Argentinian navy, Admiral Marcelo Srur, stated that his subordinates had hidden information about the San Juan's maintenance. "If I had known that I was in that state, I would not have abandoned it," Srur said to the federal judge of Caleta Olivia.
In particular, at present, not only the careful judicial file carried out by dra. Marta Yañez, but also the investigation into an ad hoc "ad hoc" at the Ministry of Defense and the work of the Bicameral Commission for research that tries to determine the political responsibility for the incident.

The last search
The "Seabed Constructor" will leave the sea a few hours after arriving in Comodoro Rivadavia. It will be in the port, only the time needed to supply and take on board seven Argentines who will act as overseers during all operations performed by the specialists provided by "Ocean Infinity"
From the navy to give, "will come aboard three officers of the force, with technical knowledge necessary to carry the controller of the operation, so will 4 relatives of the missing sailors, they will board as passengers, they will do in accordance with an I wish most families people who trust them and who, although they are not specialists in the field, those who wait daily on the ground can bring a daily part of the activities that take place.
The Ocean Infinity Company has given its approval to the 4 family members proposed by the family members of the ARA San Juan crew, after they have undergone rigorous testing to be admitted on board, Silvina Krawczyk (sister of Eliana Krawczyk), Luis Tagliapietra (father of Alejandro Tagliapietra), José Luis Castillo (brother of Enrique Castillo) and Fernando Arjona (brother of Alberto Arjona) play along.