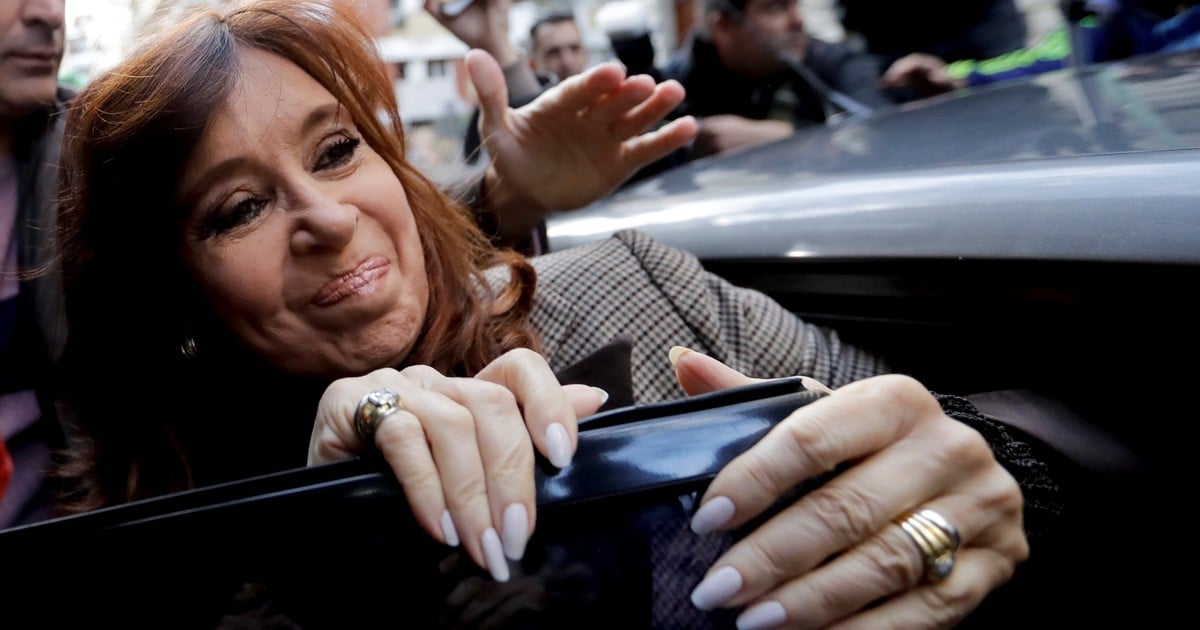 For Judge Claudio Bonadio, Cristina Kirchner "ordered" a "criminal organization consisting of government officials, which was devoted to the "perception of illegal sums of money, by different individuals, many of them, contractors of the public works of the national state." The magistrate extended the period of the investigation from 2003 to 2015, ie for all Kirchner administration, a series of new evidence, more testimonies and an extension of the accusation are the main reasons why the former president returns to the Comodoro Py on Monday to explain. to give.

Former secretary of public works José López, Cristina and Néstor Kirchner were the most responsible to claim the "illegal funds" collection. He did this in the context of his confession as an accused employee.

In addition, the entrepreneur Gabriel Romero de Hidrovía SA, said in his confession that he had to pay $ 600,000 for a decree signed by the former president to extend the concession until 2023.

They were not the only ones named Cristina Kirchner in her magazines. Among others the testimonies that complicate it are that of Carlos Wagner Former chairman of the Chamber of Construction, who indicated that the Senator and the former President were aware of the system of "cartel formation of public works" that enabled them to collect bribes from 10 to 20% of the total contracts with awarded works.

It was also taken into account the statement by the former official K Claudio UbertI pointed it out bags of money moved to the senator's apartment near Recoleta later to the south "where they had safes".

Oscar Centeno, for his part, said he saw the former president in the fifth of Olivos when bags were delivered there with money collected during the day at various fixed points of the city.

The financier K, Ernesto Clarens who has not yet reached the approval of his cooperation agreement by the judge, to be part of the bribery collection structure to the construction companies and referred to the role of the Kirchner marriage.

Expansion of the research

After generating new evidence in the context of illegal fundraising, Judge Bonadio decided to extend the period of the investigation, noting that the system of illegal collection of refunds promoted by officials of the Federal Planning Department began "between 2003 and 2004 "and lasted until 2015 when Cristina left the government.

Due to the extension of the period, the new date of the maneuver was added to the file, which must be answered by Cristina Kirchner, appointed head of the illegal association.

For the extension, Cristina Kirchner has to declare again. As far as the organization of the cause is concerned, the novelty is that the judge decided to produce three new files as a result of the statements of the accused employees, to divide the causes according to three main themes & # 39; s.

Each analyzes the sectors in which the Kirchner government has collected illegal payments: the energy sector, public civil works and transport.

The files will be processed together, that is to say, they will remain in the Bonadio court as detachments of the large illegal association that is committed to receiving illegal funds, and where Cristina Kirchner is accused of being the boss.

Judge Bonadio and public prosecutor Carlos Stornelli did that a large number of telephone conversations with suspects involved, even from prisoners who had a lot of power, talk about the structure under investigation and which the former president would involve.