With Taselli and Otero there are seven arrested entrepreneurs News directly from LAVOZ.com.ar 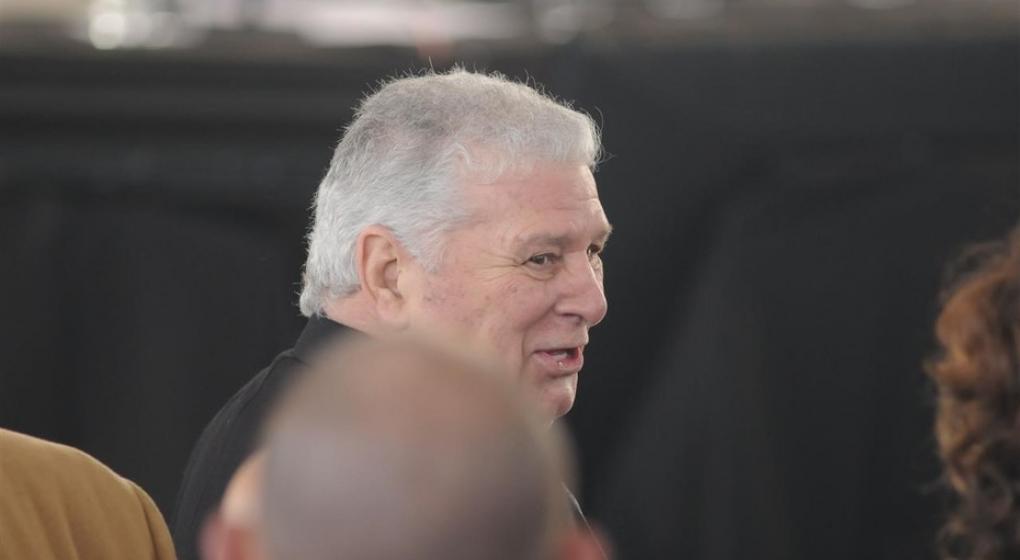 Sergio Taselli, a businessman who knew how to win rooms in various state concessions in the 90s, was arrested yesterday on the orders of Judge Claudio Bonadio. His preventive detention was dictated after he appeared in the Courts of Comodoro Py, to testify in the so-called "cause of the notebooks".

But he was not the only detainee: Néstor Otero, known as "the tsar of the pension" because he was the businessman who had the bus station concession about 500 meters from the courts of Comodoro Py, was also imprisoned.

In any case, the movements in the federal courts have not been terminated with regard to this case. There were two other spontaneous presentations: that of Jorge "Corcho" Rodríguez (who tried to make it clear that the dates on which he is mentioned in the scripts do not coincide) and that of Leonardo Fariña, who explained his statement to the prosecutor of the case, Carlos Stornelli. .

The surname Taselli appears in the notebooks whose authorship was attributed to Oscar Centeno, director of Roberto Baratta, the second of Julio De Vido in the Ministry of Planning during the three Kirchner presidencies. Baratta was, according to the prosecutor Carlos Stornelli, one of the most important collectors of the allegedly illegal association that collected money in black, contributed by businessmen.

Centeno identified Taselli as one of those who delivered "a bag full of money" to Baratta in 2013. In fact, in the seventh of the notebooks, Centeno wrote the name "Gabriel Taselli". And he pointed out that on 31 June he brought Baratta to Alem 855. & # 39; I parked in the garage that & # 39; Albanesi said, they entered the building with the elevator and came back with a bag full of money. & # 39;

Armando Loson, a businessman who had been in charge of the Albanesi group for four decades, was one of the first to be held by Bonadio, although he regained his freedom by offering to work together as "repentant."

Because of the secret of the summary, the relationship between Taselli and the Albanesi group is not clear.

The entrepreneur was responsible for the Carboniferous deposits of Río Turbio, Santa Cruz, after the privatization promoted by President Carlos Menem in 1994 and was also the concessionaire of the railway lines Roca, San Martín and Belgrano Sur.

His intervention in the Río Turbio deposits meant opening a case that will soon be made orally. Taselli is accused of "fraudulent administration and procedural fraud to the detriment of the national state while emptying the Río Turbio Carboniferous Deposit".

Regarding railway concessions, Néstor Kirchner canceled them in 2007 because of the obvious irregularities in the treatment of government subsidies. On this subject, it has had an open reason since 2011.

Otero, dealer for 25 years Retiro terminal, was investigated on 9 August. Yesterday he appeared in a branch of the federal police and was arrested.

Otero delivered, the cause of the notebooks has only one fugitive: Oscar Thomas, former director of the Entidad Binacional Yacyretá, who demanded the exemption of prison as a condition for surrender.

In the notebooks of Centeno, the first roadmap in the investigation of the public prosecutor Stornelli, Otero gives a bag to Baratta. Approximately 250 thousand dollars was estimated in the operation.

Meanwhile, "Corcho" Rodríguez appeared spontaneously in Comodoro Py. "I presented myself with the passport to show that the day that Oscar Centeno said he saw me or that he was going to visit me with Roberto Baratta, I was in the United States," Rodriguez told the Infobae website.

The visit of Baratta to Córdoba

Versions of what Roberto Baratta did in Cordoba on September 14, 2010 continue. That trip was noted in one of the notebooks of the driver Oscar Centeno, central axis of the research that the judge Claudio Bonadio recommends.

Yesterday, staff from the Rio Grande hydroelectric power station, located in Cerro Pelado, said that Julio De Vido's second was at that place, which would have been rushed when the factory went out of service due to the failure of one of the locks. . "There was a lot of concern about the impact of this generation on the national electricity system," they recalled.

That visit to Córdoba de Baratta, together with his secretary Nelson Lazarte, another prisoner who was accused of having collected money from contractors, could have had more than one reason.

In Centeno's annotations it is said that a van was waiting for the ex-employees and taking them to a meeting.