Mission Insight into Mars: why is it so difficult to land on the red planet?

argentina November 26, 2018 ARGENTINA, SCITECH Comments Off on Mission Insight into Mars: why is it so difficult to land on the red planet? 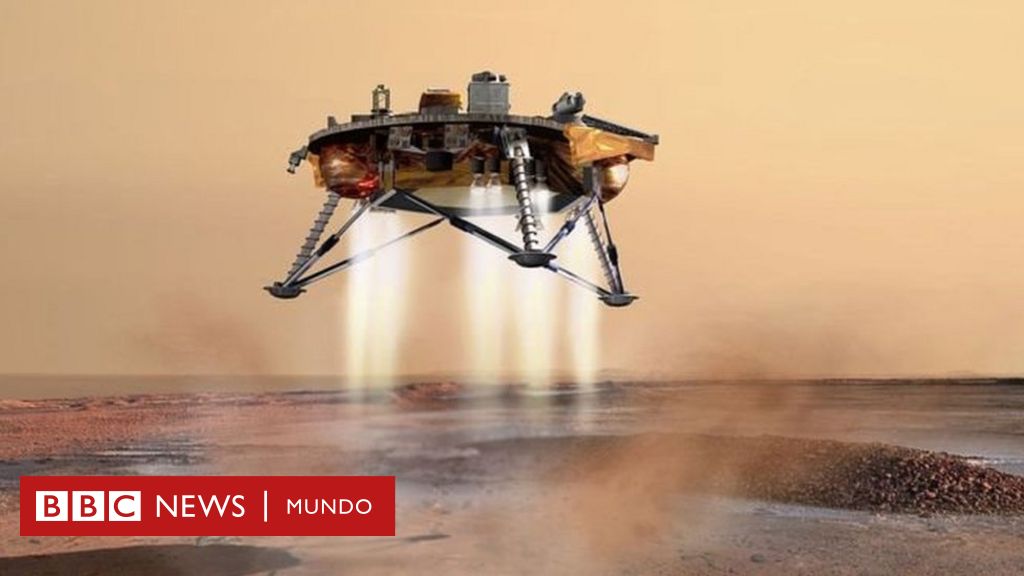 It is the first space probe that will explore the heart of Mars. And is scheduled to land on the red planet this Monday at 19:53 GMT.

The mission InSight It has instruments that allow you to drill the surface of the earth to a depth that you have never reached and measure the seismic movements of the red planet.

InSight, a NASA project with the participation of European partners, will do it first mission to place seismographs on Mars soil.

The probe left for Mars on May 5 and the landing on Monday – if it happens according to plan – will be a spectacular achievement.

Landing on Mars is so difficult about two-thirds of the attempts failed.

Why is it so difficult to land on Mars?

The probe, which is six meters long and weighs 700 kilos, is scheduled to land in a flat area Elyseum Planitia, which NASA describes as & # 39; the largest parking lot on Mars & # 39 ;.

To descend in the right place, InSight must reach the atmosphere of Mars within a window of only 24 km at 10 km.

Entry into the atmosphere and descent to the surface require very complex maneuvers.

The probe enters the atmosphere of Mars at a speed six times higher than a high speed bullet and must drastically reduce it, he explained Jonathan Amos, BBC science correspondent.

A recent European attempt, in 2016, ended with a probe crashed against the surface.

InSight will reach the Martian atmosphere with 19,800 kilometers per hour and must reduce its speed to just 8 km per hour. That extreme delay must occur in a space of just under seven minutes.

One of the difficulties is that the atmosphere of Mars has only 1% of the density of the Earth's atmosphere, so there is little friction to reduce the speed of the ship.

NASA hopes to succeed with its combination of tools: a heat-resistant capsule, a parachute and a retro-rocket to slow down the probe.

The American space agency stated that when the atmosphere of Mars arrives, the capsule must be resistant to a temperature of nearly 1500 degrees Celsius.

"We have done everything to successfully land," he said. Julie Wertz Chen, one of the scientists of the mission.

"But it is really very, very difficult to land on another planet."

"We do not dare to say that we will easily achieve it, because you never know what surprises Mars can give you."

InSight will be a first detailed x-ray of the interior of Mars and it will stay on the red planet for 728 days, about a Mars year or about two Earth years.

The name of the probe is an abbreviation for Interior Exploration with Seismic Investigations, Geodesy and Heat Transport (internal exploration with seismic research, geodesy and heat transport).

The seismometers of the ship, a British and a French, will try to capture Earthquakes in Mars produced by tectonic movements or meteorite impacts.

And the study of seismic vibrations will enable the study of the inner rock layers of Mars, of the crust, the mantle and the core.

"An earthquake almost looks like the flash of a lamp", explained the main scientist of the mission, Bruce Banerdt.

Another instrument will enter Mars soil to a depth of five meters to measure how much heat escapes the interior of the planet.

And the probe also carries a device developed by Spanish scientists, Twins, with which the wind speed and temperature can be measured, as well as an instrument to measure variations in the rotation of the planet.

"Scientists know the structure of the earth's interior well and have models to explain the beginning of the solar system more than 4,500 million years ago," he explained. Jonathan Amos, science correspondent of the BBC, who escorts the landing from the center controlling the operation, the Jet Propulsion Laboratory of NASA, JPL for its acronym in English, California.

"But the Earth is only a window on that history and Mars will enable us to better understand how a rocky planet forms and evolves over the course of thousands of years," Amos added.

InSight will help astronomers understand why the evolution of Mars and Earth was so different and which elements were essential for our planet to be habitable.

two miniature spaceship calls together with Mars Cube One, or framework, which separated shortly after the launch of InSight, have traveled to Mars as part of a separate NASA experiment.

MarCO is the first mission in the deep space of CubeSats, a class of ships using miniature technology.

If MarCO successfully arrives on Mars, it will attempt to transfer data from InSight as it enters the atmosphere and land of Mars and the event can be followed live via NASA Television.

If the experiment works, according to the space agency it could be the start of a new type of data communication of space missions to Earth.

You can now receive notifications from BBC news World. Download the new version of our app and activate it to not miss our best content.