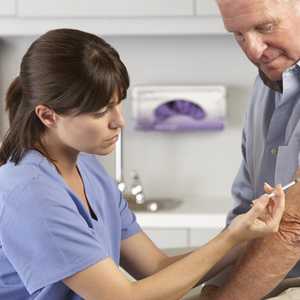 The HEALTH authorities today will make an urgent appeal for Queenslanders to ensure that they are vaccinated, with a summery flu causing a worrying increase in off-season cases.

More than 1700 Queenslanders were confirmed with influenza last month, almost double the cases reported in the same period over the past five years.

The extraordinary peak in the cases of the potentially fatal disease has shocked experts who said that this winter was one of the best flu seasons in previous years.

Minister of Health Steven Miles said despite a mild flu period, the cases in November were unusually high.

"We have not only prevented a repeat of 2017, which was one of the worst years for flu, but we plan to report the lowest number of cases since 2013," Mr Miles said.

So far more than 14,000 cases have been confirmed this year, certainly in comparison with previous years, including last year when more than 56,500 cases were reported.

September recorded the most cases of flu this year with 2484 Queenslanders beaten.

Last year, an outbreak of a summer flu in Hong Kong killed more than 200 people.

"There are a few reasons why they happen, it may be a strain of the virus that is not covered by the vaccine … influenza is a virus that can evolve fairly quickly," she said.

"Another problem may be that vaccine protection sometimes worsens, and one of the problems we had in 2017 was that people were vaccinated early in the season because the season lasted longer than usual, and protection was reduced over time."

"Temperature contributes to the ability of the virus to survive in the environment," she said.

More than 1.2 million publicly funded flu vaccines were distributed throughout the state this year.

The Ministry of Health urges pregnant women to ensure that they are aware of their flu vaccinations.

"I would also encourage people to continue applying good health hygiene, such as regular hand washing, coughing with a tissue or arm and staying home when they are sick," he said.

"This year there was an extremely high demand for the vaccine by people of all ages and that is what we want to see because vaccination is by far the best protection against influenza."