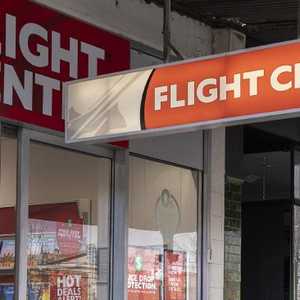 When it comes to the size and popularity of the world's travel agencies, few hold a candle to Flight Center.

Worldwide, the company employs almost 20,000 people, operates in more than 20 countries and has a value of $ 6.5 billion.

In the financial year 2017/18 the company recorded a profit before taxes of more than $ 380 million, but as dozens of employees claim, these huge profits are the cause of the removal of customers and underpaid staff.

Earlier this week, in a report from ABC of 7.30, a number of former and current Flight Center employees stated that the business processes of the company go far beyond basic capitalism.

Since the program was broadcast, hundreds of people have come out of the woodwork.

Speaking to news.com.au, a number of Flight Center employees closed the company and said they were overworked, underpaid and encouraged to overcharge customers to earn the living they could survive.

As a basic salary, the average employee of the Flight Center earned $ 33,500 a year before tax. Although the basic salary was barely a minimum wage, the company attracted potential travel agents by telling them about the "non-closed commission" that they could build up in order to pump up their earnings.

But, as the staff told at news.com.au, what the company did not say, what was done to earn that commission.

Jessica *, a former employee who worked at Flight Center for a year, told news.com.au that the company's business practices & # 39; never good & # 39; with her.

The Sydney travel agent said she often fought back when managers ordered her to work on her bookings.

Nevertheless, Jessica said that she had often gone to work and noticed that a manager had logged in on the journeys for which she had composed a customer and who had spent a few thousand dollars.

"Unless you have been working with your company for years or throw away your morale and customers pay too much, it is impossible to earn a living and you are well paid," she said.

Renee Olofsson, who also worked for Flight Center at NSW, said that the same thing happened to her.

A current Melbourne-based employee said travel consultants would see how much they could get away with adding the final price.

"You choose yourself and choose who you are doing", the staff member told the ABC.

"Our margin information is publicly available and it does not support claims that excessive markings are taking place or that this happens more often," a Flight Center spokesperson said.

"As explained in our philosophies, we strongly believe in a reasonable margin and keep a proactive eye on it.

"Competing forces clearly dictate prices – there is full visibility over prices – and there are additional safeguards for our customers to use in the form of price controls and protection against price drops."

The company's price guarantee was also something that employees struggled with.

Employees told the price hull promise from news.com.au Flight Center, which offered the company a rate of $ 1 cheaper than anywhere else, leaving them more out of their own pocket.

The company contributed the difference, but in the end the loss was placed on the travel agent.

This allegation was supported by a number of Flight Center employees who informed news.com.au that unless the price reduction cost the agent more than a few hundred dollars, they should prompt the customer to make a better deal. Close.

If the customer did not admit, the prize money came from the consultant's commission.

"The only way to make money is to drop off nice people who just want to go on holiday," Jessica said.

It is not just the business practices of Flight Center that consultants say pressurize – it is also the corporate culture where employees are encouraged to live and breathe in Flight Center.

Described by employees as "cult-like", the idea of ​​"working hard, playing hard" was something that agents were encouraged to embrace or excluded.

Employees who spoke with news.com.au on condition of anonymity said that if you did not embrace the party culture, you felt alienated.

"It's poisonous, you have to party or you're not friends with anyone," said a laborer.

The offered parties and rewards were a great attraction for potential travel consultants.

Flight Center is known to reward its employees, but as all 19,000 employees knew, there was no reward over an invitation to the annual Global Gathering & # 39;

Only the top 10 percent of employees were invited to the coveted two-day party that could be held anywhere in the world.

Fewer than 3,000 people working for the company were flown in and put on the bill – last year it was Las Vegas and this year in Berlin – and they spent 48 hours with parties like Bill Clinton and Chris Hemsworth.

"The stage is lit up like Rio Carnivale, the air is full of energy and smells like, well, maybe a bit of last night's festivities," said Flight Center Travel Academy about Global Gathering.

"It's as if you just entered your own Vegas boxing arena, except that there are no losers here.

"The room looks like the love child of the Olympic Games and a party in Ibiza, the music flows through your veins and brings new life back to you after the wild night in front of it.There is a source for your step as you walk down the aisle You made it!

"All you can do is grin from ear to ear and glance with your teammates, because the way you feel at this moment has made you speechless."

Staff of the Flight Center were sent to Global Gathering as a team, which meant that even if some consultants were pushed back to "excessive" commission, the profit margin could later be encouraged by managers.

Graham Turner, director of Flight Center, called the ABC report a & # 39; beat-up & # 39; and said the company had a risk team to check if consultants added exorbitant costs.

"We have 10,000 people in Australia, I can not exclude that no one will ever do anything wrong, but if we overload someone, they get a warning and the next time they're fired," said Mr Turner. Australian Financial Review.

"I'm not worried about the Flight Center brand – although it can not be denied that there will be any damage – but I'm worried about all this, which is very unfairly reflecting on our front line staff."

* Names have been changed.