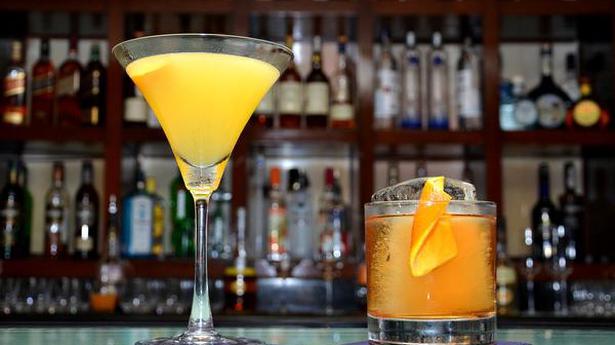 Mumbai: It now seems that the one or two drinks a few times a week, touted as long as you drink moderately, is not healthy. A study published by medical journal The Lancet progress the risk of mortality increases with an increase in alcohol consumption, and there is no level of consumption that minimizes the loss of health. It also says that nearly 2.8 million deaths worldwide were attributable to alcohol consumption in 2016.

The study analyzed data from the Global Burden of Diseases, Injuries and Risk Factors Study (GBD) 2016 for 195 countries and territories. In terms of general disease burden, alcohol use led to 1.6% of total disability-adjusted life years (DALY) in women and 6% in men. The report adds that alcohol consumption in 2016 is classified as the seventh leading risk factor for premature death and disability, compared to other risk factors, and the widespread belief in the health benefits of alcohol needs to be reviewed. "Our results show that the safest level of drinking is none," he says.

Dr. Pankaj Chaturvedi, head and neck surgeon at the Tata Memorial Hospital, who co-authored the study, says that data from India have been taken from the National Family Health Survey 4 alongside other sources. "Alcohol is the leading cause of non-communicable diseases (NCD), leading to 63% mortality.The World Health Organization and the United Nations have claimed that the second most common cause of NCD is alcohol, despite several discussions on its harmful effects , there is no policy in India to discourage alcohol consumption. "

He said that alcohol falls under the jurisdiction of the excise and social justice departments. "How can you expect the Excise department to treat a health problem when their mandate is to generate more income? On the other hand, the social service sees it as a social and moral issue, which is not the right approach either."

The Lancet study also highlights the review of alcohol control policies worldwide and the reorientation of efforts to reduce overall consumption at population level. Dr. Chaturvedi said that consumption of alcohol is steadily increasing in India. "We are now the second largest alcohol producer in the world with annual sales growth of 20%." The country, which has seen a rapid increase in bars and nightclubs, quickly distances itself from its inhibitions on alcohol as a lifestyle choice. "

Although Indians are among the lowest consumers of alcohol worldwide, concerns remain, such as the average age at which alcohol is used, which dropped from 28 in the 1980s to 17 in 2007. The country also has a large number of heavy drinkers, who consume more than 75 ml per day or almost every day of the week.