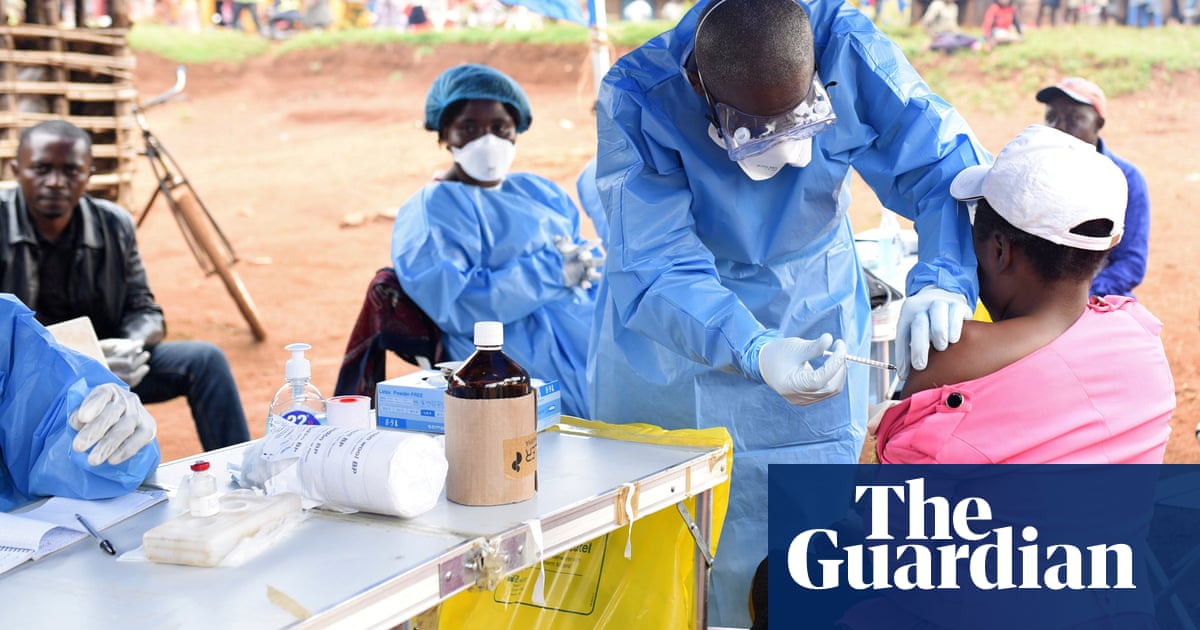 An outbreak of Ebola in the Democratic Republic of Congo (DRC) has reached a pivotal moment and now puts medical teams at risk to stop the spread of the disease, health professionals have said.

Dr. Peter Salama, head of World Health Organization emergency situations, said that there were 103 confirmed and probable cases of the outbreak, which is concentrated in the eastern province of North Kivu, and that a new wave of cases is expected.

The health ministry of the DRC has confirmed 36 deaths. Another 27 deaths were suspected of Ebola, it said. Salama said that 14 health workers have been infected to date, one of whom had died.

Several cases of Ebola have already been identified in the city of Beni, which has increased the fear of further infection in a busy urban center.

Just as worrying, health workers said, is a new case in the city of Oicha, which is almost completely surrounded by an Islamic militia in Uganda who has been responsible for a series of bloody raids in the region.

North Kivu is one of the most violent parts of Congo and forms the basis for dozens of armed groups that challenge governmental authority and exploit mineral resources in the region.

The WHO said that a doctor in Oicha had been hospitalized with Ebola and that 97 of his contacts had been identified. "It is the first time we have a confirmed case and contacts in an area of ​​high insecurity, it is really the problem we were expecting and at the same time fearing," Salama said.

Karin Huster, MSF Coordinator in Mangina, the epicenter of the outbreak, said that new patients arrive at the emergency room every day.

"Of course we're worried, we're afraid we're not seeing the suspect cases in our centers that we should see, it's not a situation where we trust the outbreak is under control," Huster said. "It's about winning the trust of the community, it's very important to come early when they are sick and people often come too late."

The insecurity in the region and a mobile population have set up vaccination campaigns, such as those that have helped to overcome an Ebola outbreak that killed 33 in the northwest of the DRC, less effective this year.

Oly Ilunga, the health minister, was more optimistic. "The situation seems to be stabilizing due to the different measures we have taken, but we have to be careful and remain cautious in the coming weeks," Ilunga said.

The authorities have now approved a total of five experimental treatments against the virus in the hope that they will help stop their spread.

Prof. Steve Ahuka, a virologist from the National Institute for Biomedical Research of the DRC, said that two brand new treatments were already used in 10 patients, two of whom had been discharged after doctors decided they were out of danger. "We always ask for patient consent, and so far no patients have ever stopped being treated with these drugs," said Ahuka, who is in Beni.

A major problem is the belief in many local communities in and around Beni that the outbreak was caused by sorcery, said local civil society activists.

"We tried to show people that Ebola is a disease we have seen 10 times in the Democratic Republic of Congo … When there is a case in a red zone [where security is poor] we call on the Congolese army soldiers and the United Nations for help, "said Kizito Bin Hangi, head of a coalition of civil society groups in Beni.

Congo, whose heavily wooded inland makes its natural home for Ebola, is leading the way in a global campaign to combat the virus. The largest recorded outbreak of Ebola in 2014 to 2016 killed 11,300 people in Guinea, Liberia and Sierra Leone.

Ebola disease first appeared in the vicinity of the northern Ebola River in the DRC in the 1970s. It has reached Kinshasa twice, but in both cases it has been limited.