The beauty of a baby of 35 or older 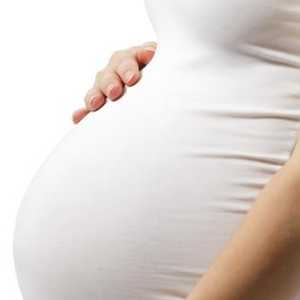 As someone in the thirties can testify, once you reach a certain age, there is a huge pressure to get pregnant – and strangely enough even strangers in the street find it their business to remind you how your biological clock tap. (Thanks guys.)

But it does not stop there.

We have good news for you.

It turns out that there are major benefits to childbirth after the age of 35, according to various studies.

From the results, researcher Aladdin Shadyab said: "Our findings absolutely do not suggest that women should postpone fertility, but they do provide a basis for future research to see how important reproductive events are for older women and longevity. to identify public health interventions in women in the stages of pre-conception and family planning, so that they can improve their healthy aging in the long term. "

Pretty cool, right? But the benefits do not end here.

In a study from 2016 after 830 women after menopause, researchers tested their verbal memory, executive functioning skills and global cognition.

Boost in brain power
The resulting data showed that having a baby later in life can boost your brain power and memory skills – how is that for a massive victory?

In terms of the reason why this happens, it is thought that the huge increase in hormones during pregnancy can have a positive influence on how your brain works, so if you are pregnant later, these benefits will last longer.

"Based on the findings, we certainly would not recommend that women wait until they are 35 to close their family," said lead author of the study, Dr. ir. Roksana Karim.

"But the study provides strong evidence that there is a positive association between later age in late pregnancy and late-life cognition."

So the next time someone tells you it's time to get a twist, tell him that science has your back (and brains).

This article appeared on Kidspot and has been republished here with permission.