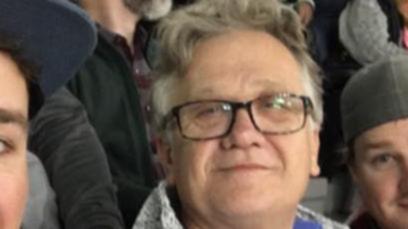 Corrupt bureaucrat John Fullerton received a new five-year contract from the Director General of the Health Service, although the fear of his misconduct was already exposed by an internal investigation.

David Russell-Weisz signed the deal with the six-digit Mr. Fullerton in October 2015 – a year after a whistleblower had raised his concerns about corruption and seven months after the devastating internal report, which led to an investigation into corruption and crime commissions.

The Director-General claims that the North Metropolitan Health Service did not tell him about the problems with Mr. Fullerton before agreeing to the new contract.

Dr. Russell-Weisz said he acted on the "approval" of the then chief executive, Wayne Salvage "in accordance with the standard practice of that moment".

Dr. Russell-Weisz said he was unaware of the internal report, stating that Mr. Fullerton had a department with "little or no compliance" with the basic rules of procurement and contract management.

According to the CCC, Mr. Fullerton and two other executives received bribes of cash, travel and hospitality in exchange for giving companies millions of dollars of construction and maintenance projects for health departments.

Between early 2015 and December 2016, when he left the department with a severance pay of $ 220,000, Mr Fullerton had his home refurbished using a fraudulent billing system to disguise the fact that builders called the NMHS to work.

"At the time of signing this contract, the Director-General was not aware of the anonymous complaint, referred to the department by the CCC, with allegations about Mr. Fullerton or anyone else," the service said.

In motivating the severance pay, the Director General said that Fullerton's application had been judged on his merits and "there was no legitimate basis for withholding payment".

The government of the state is now trying to force Mr. Fullerton and two of his former counterparts, David Mulligan and Shaun Ensor, to repay more than $ 600,000 in redundancies.

Dr. Russell-Weisz, who had lunched with Mr. Fullerton at least four times between 2013 and 2015, said he was totally unaware of his colleague's corruption.

He was the boss of Mr. Fullerton between 2010 and 2012 and became director-general of the department in August 2015.

In the CCC report of the bomb attack it was concluded that high-level corruption took place under a "culture of complacency" and that Mr Fullerton's long lunch with contractors competing for departmental projects was an "open secret".