How long does it take to get to Mars? – Videos 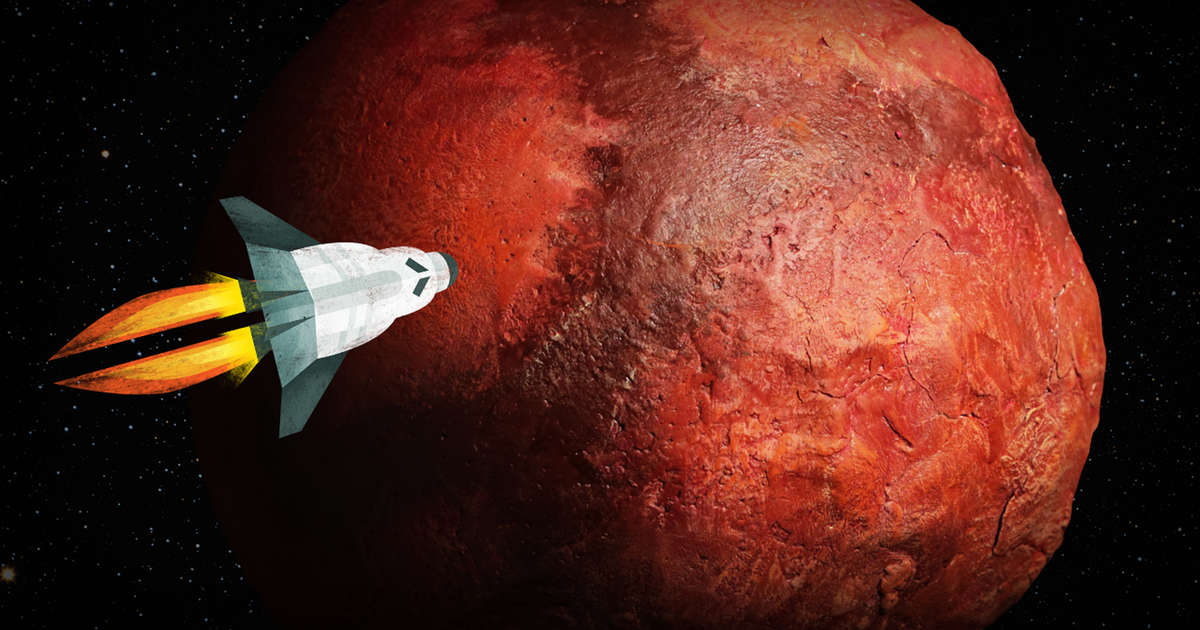 Every 26 months Mars and the Earth are at the shortest distance, about 57 million kilometers apart. During this time, if an unmanned NASA spacecraft were to leave the earth at a speed of 58,000 kilometers per hour, it would take just over 40 days to reach the Red Planet. Not bad, right? Well, a quick journey would only be possible if the spacecraft followed a direct path undisturbed by the anger of the solar system and the weight of the necessities of life. Unfortunately, space travel is much more complicated than a straight line.

The solar system is constantly changing and the orbital mechanisms behind each of the planets make space travel very complex. Because Earth and Mars have elliptical orbits, the distance between them varies considerably, and to send a spacecraft to Mars, the planets must be exactly right. It takes the earth a year to orbit around the sun, while Mars takes about 1.9 years. So every time Mars completes a single orbit, the Earth goes almost twice around the sun.

Historically, NASA has the best starting window for Mars every 26 months. During this time, a spacecraft can follow what is considered the most energy-efficient route to Mars known as the Hohmann transport path. After launch, the spacecraft follows an elliptical orbit around the sun that crosses the orbit of Mars. It uses fuel to increase speed and speed to get out of Earth's gravitational field. And the spacecraft uses more fuel to slow down to be caught in the orbit of Mars. Then it can run on the orbital wave of Mars until it is ready to hit the surface.

Although the Hohmann transfer is considered to be the most efficient route to travel to Mars, it is estimated that the journey takes about 260 days or eight to nine months with a manned spacecraft powered by chemical propulsion, so NASA and private companies try to become more efficient propulsion systems that can bring people to Mars faster than the chemical missiles used in the past. Specifically, a type of electric propulsion that propels spacecraft by accelerating a stream of electrically charged atoms known as ions. And nuclear thermal propulsion that uses low enriched uranium as an energy source.

But even if we develop a faster way to get to Mars, it is estimated that a round trip takes several months. And that means we also have to solve problems regarding human health and resource needs during extensive deep space missions. It is clear that time is only one of the many obstacles that stand in the way of our march dreams. But still, NASA says it plans to send people to Mars in the 2030's.