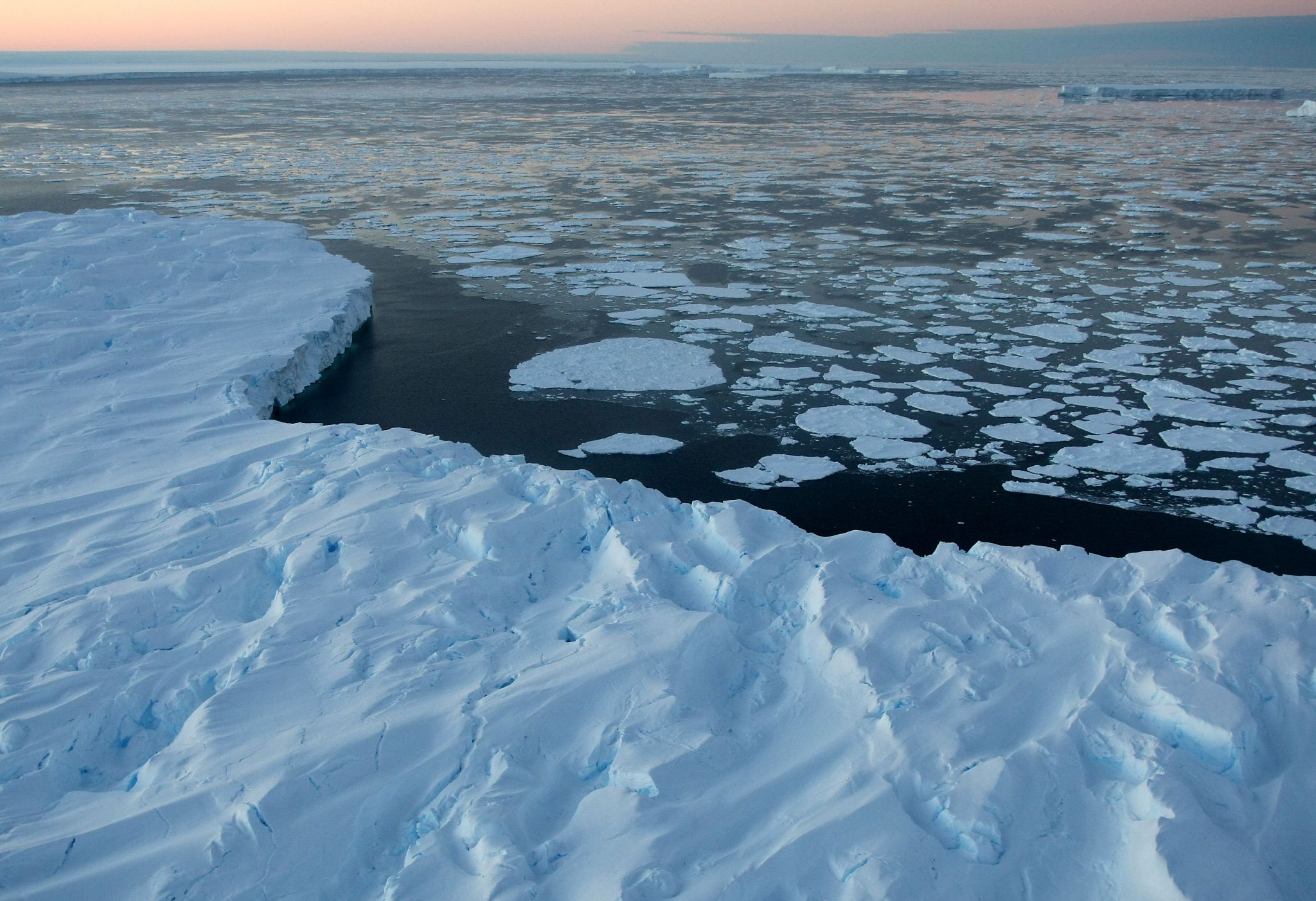 NASA researchers use a technology straight from a science fiction novel to follow the changing climate of the earth more accurately than ever before: space lasers.

Next month, the space agency will launch the ice, cloud and land altitude satellite 2 (ICESat-2) 310 miles above the earth to measure the changing heights of the polar ice on Earth. It does this with a laser that sends 10,000 pulses per second, allowing it to measure the average annual change in height of the ice on Antarctica and Greenland within the width of a pencil.

These data "will enhance our knowledge of how the ice caps of Greenland and Antarctica contribute to sea level rise," said Michael Freilich, director of NASA's Earth Science Division, in a statement.

Having these measurements is important, scientists say, in order to predict the sea level rise all over the world. The sea level rise is caused by the melting of ice caps and glaciers, as well as by the expansion of the sea water as it gets warmer – both factors related to climate change.

Since 1993, the sea level has increased by 8.5 centimeters, according to researchers at NASA.

The mission that starts next month is the second iteration of this satellite. The first – using a far less accurate laser – was operational from 2003 to 2009 and provided the space agency with elevation data needed to determine the mass balance of the ice caps on Earth, as well as information on block properties. It was dismantled in 2010.

The ICESat missions are just two of the many ways the space agency is trying to quantify ice loss on Earth.

In June, NASA and the European Space Agency published a study that showed that the ice loss of Antarctica has tripled since 2012, so that sea levels around the world have risen faster than ever before in history.

To reach this conclusion, researchers investigated the ice mass changes in Antarctica for 25 years, from 1992 to 2017.

Antarctica "stores enough frozen water to raise the sea level at a global level by 58 meters, if it would melt completely", according to a message on the website of NASA. "Knowing how much ice it loses is the key to understanding the effects of climate change now and its pace in the future."

Earlier this year, the agency launched the Gravity Recovery and Climate Experiment Follow-On (GRACE-FO), tasked with measuring changes in how the mass is redistributed into the Earth's atmosphere, the landocean and ice caps.

These efforts come despite the fact that President Donald Trump has taken over climate change. Since taking office last year, Trump has reversed the climate policy of the Obama period, he is a proponent of fossil fuels and has withdrawn from an international climate agreement.

In his $ 19.9 billion NASA budget for the upcoming fiscal year, Trump called for the elimination of five climate-related projects. The ICESat-2 mission was not on that list.

Alex Stuckey covers NASA and the environment for the Houston Chronicle. You can reach her at [email protected] or Twitter.com/alexdstuckey.