Northern Districts have had four players make for centuries while on Sunday they beat 64 pigeons and three sixes against Port Adelaide in Salisbury Oval.

Jets captain and former constable Tegan McPharlin topped with 136 of 80 balls, another SA player Sam Betts added 124 of 71, while another Scorpion, Tabitha Saville (120 of 56) and 15-year-old Darcie Brown (117 off ) 84) have compiled their first hundreds.

The highest score in a 50-over international competition is 4/490, posted by the women of New Zealand versus Ireland in Dublin in June.

McPharlin said that Port, who had only 10 players and was without Australian leg-spinner Amanda-Jade Wellington because of international duties in India, was clearly an understrictth, but her team played almost perfect innings.

"It was unreal to make such a score," said McPharlin, a wicketkeeper.

"It is a bit ridiculous to do that in a one-day game."

McPharlin said she did not get too excited about her 100 because of the quality of the weakened opposition, but she was very happy that Saville and Brown made their first centuries. 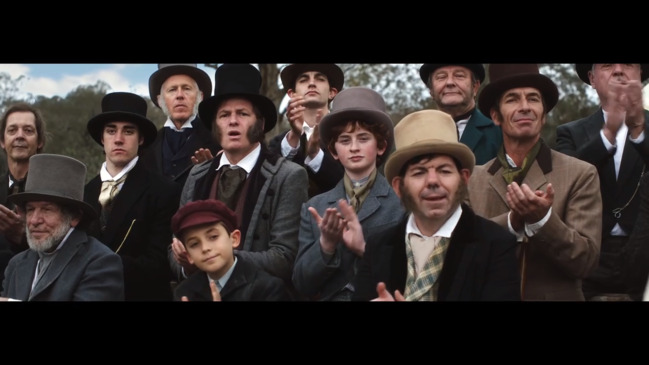 Jets cricket director of women, Jeanette Beazleigh, said that "90 percent" of the innings contained good strokeplay, instead of slogging.

"A few of us wondered if it was a world record or something like that – it's definitely a club record and we're pretty sure it's a SACA record (SA Cricket Association)," Beazleigh said.

"The club is enthusiastic.

"It was good to see.

"You can not play bad, but if you do not play a disciplined cricket, you still do not get the runs."

In response, Port Adelaide was completely out for 25 in 10.5 overs – after only eight players had beaten.

A pensioner hurt and his top scorer, Pratibha Kapoor, made nine.

Last weekend, Southern District made a club record of 9/415 in a 50-over game against Port.

"If that is what we will encounter, we will still deliver our best performance," said McPharlin.

"That was our best achievement."

Renowned cricket statistician Lawrie Colliver believed that the score was the biggest ever in a 50-over match in Adelaide, but was not sure of how it was ranked worldwide.

Port Adelaide cricket director Dean Sayers said that the side of the Magpies who went to the field on Sunday was very inexperienced and "probably a B-class outfit, not an A-class outfit".

Sayers said that about 15 female players had left the club for several reasons in the past two seasons, and a few recruits had to come from India, thus fighting the Magpies, especially without Wellington and the Irish international Mary Waldron, who also was abroad.

The lack of numbers has also caused Port to lose his first two B-class games.

"We are clearly understuceth," Sayers said.

"We play a number of young people who are not at A-level.

"But we are still pretty positive and are trying to recruit."

Sayers said the club set up the Rolton / Freeman academy to find the next generation of girls and boys' cricketers in the area.

"It's very, very frustrating at the moment, but a lot of people behind the scenes who do not see people do a lot of work trying to fix what happens," Sayers said.