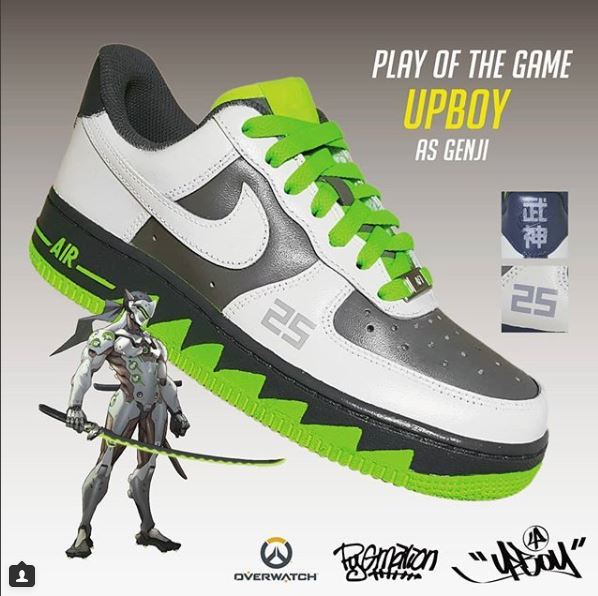 The Overwatch Fan Festival this week in Korea has given us a lot of good news about the game, because we did not only get a short animated film that gave us some of D.Va's background story, but we also got a message from a new control card called Busan currently in the PTR.

It turns out that we might have missed the coolest when the Korean artist Upboy brought some custom Overwatch sneakers to show at the event, based on heroes like Zarya, Genji and of course the star of the show D.Va. We have added a photo below, but view Upboy's official Instagram to see much more.

Which is your favorite?