Fusion from Wintershall and Dea perfectly

austria September 30, 2018 austria, Business Comments Off on Fusion from Wintershall and Dea perfectly 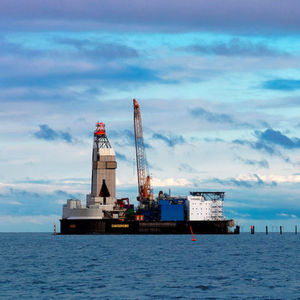 BASF and Letter One forge a new energy company: the merger of their respective oil and gas companies is almost perfect. Both companies have signed corresponding agreements. The joint venture will operate under the name Wintershall Dea.

Ludwigshafen – The final merger of Wintershall and Dea is planned for the first half of 2019. Under the merger control licenses, foreign investment and mining authorities and the Federal Network Agency, both companies will continue independently. BASF's share in the Wintershall Dea shares will initially be 67%, of Letter One 33%. These shares reflect the value of the respective exploration and production activities of Wintershall and Dea. In order to reflect the value of the gas transport activities of Wintershall, BASF will receive additional preference shares. No later than 36 months after the merger and in any case before a planned IPO, these preference shares must be converted into shares of Wintershall Dea. As a result, BASF's interest in Wintershall DEA increased to 72.7%. The main administrative locations of the joint venture are located in Kassel and Hamburg.

Dea is active in the exploration and production of oil and natural gas. The company has many years of experience in the entire value chain of upstream activities. With approximately 1,150 employees, Dea participates in production sites and concessions in Germany, Norway, Denmark, Egypt, Algeria and Mexico. Wintershall focuses on exploration and production in oil and gas-rich regions in Europe, Russia, South America, North Africa and the Middle East. Together with Gazprom, Wintershall is also active in the transport of natural gas in Europe. The company employs approximately 2,000 people worldwide and is the largest international oil and gas producer in Germany.

The future board has already been determined

Wintershall & # 39; s CEO, Mario Mehren, has already been appointed CEO of Wintershall Dea, Maria Moraeus Hanssen, CEO of Dea, as Deputy CEO and Chief Operating Officer. In addition, the five-man board of Wintershall includes Thilo Wieland, board member of Wintershall and Hugo Dijkgraaf, Managing Director Wintershall Norge. The appointment of a CFO will take place at a later date.

In 2017, the combined activities of Wintershall and Dea generated pro forma income of € 4.7 billion, profit before interest, taxes, depreciation and amortization (EBITDA) of € 2.8 billion and a net result after minority interests of € 740 million million. . The production of crude oil and natural gas from Wintershall and Dea in pro forma in 2017 amounted to 210 million barrels of oil equivalent (BOE). This corresponds to a daily flow rate of approximately 575,000 BOE. The joint venture has a regionally balanced portfolio with growth potential in the core region & # 39; s and aims for between 7501 and 800,000 BOE per day between 2021 and 2023. The merger is expected to generate synergies of at least EUR 200 million per year from the third year after the completion of the transaction.