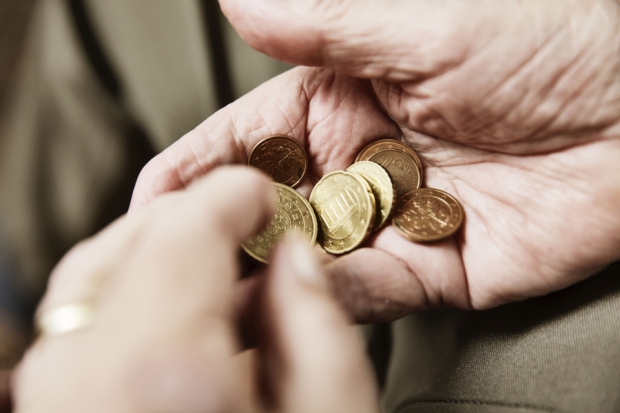 The goal of stimulating the private provision of the Austrians via the premium subsidized pension plan (PZV) has failed. For most companies, the model introduced since 2003 is now only called asset management: for the first time in 2017 more than half of the premium volume was taken by companies that no longer offer new contracts but only manage existing contracts. This is shown by the figures from the Financial Markets Authority FMA.

However, total assets under management increased due to investment success: at the end of 2017, 8.98 billion euros was invested in the PZV. An increase of 6.5 percent. The lion's share is managed by insurance companies by 98 percent.

KAG & # 39; s are completely down
No CISA currently offers new contracts. The KAGs have withdrawn from new contracts since 2010 and the contracts they manage are therefore quickly outdated.

Of the 22 companies in the PZV market, only seven had a new business and this is clearly concentrated: three suppliers closed 88 per cent of the new contracts. In 2018, only six insurers are expected to conclude new policies.

Reasons for failure
The subsidized pension plan has been introduced to support the third pillar of the old-age provision. In the accumulation phase there are no capital gains, income or insurance taxes. The receipt of the pension is also income tax free.

There are several reasons why the model fails in this way. Firstly, in 2012 the austerity package cut the fixed income premium income to 2.75 percent of the net income. The fixed interest rate for building subsidies, which can not fall below 1.5 percent but can not exceed four percent, is added to this fixed part. This means that since 2012 the premium rate of the state can fluctuate between 4.25 and 6.75 percent. Since 2012, the actual government subsidy is at the bottom of this range – at 4.25 percent.

Share ratio and capital guarantees
In the course of the financial crisis, however, the combination of capital guarantees and minimum share quotas also posed a problem for the product. Even when the stock markets fall sharply, paper must be bought to keep the quotas. After all, the quota system was changed to a multi-phase model in 2013, whereby for example only a minimum of five to fifty percent of the shares were required from the age of 50 years.

However, it remains the case that the pension scheme must guarantee paid amounts. The capital guarantee entails costs, for example because external guarantors have to be paid or money goes to provisions, which then can not be invested in the capital market. Incidentally, there is a pool of only 18 financial institutions in Austria that guarantee. Of these, more than half of the issued guarantees are concentrated in the three largest institutions – a not insignificant risk for both parties would occur in the event of default.

Huge differences in costs
The performance of PZV's assets was very positive in 2017, driven by very strong stocks and good bond markets. The insurers generated an increase in performance of ten percent – but before the costs. And that's another bottleneck.

In general, the FMA has calculated that the total return on PZV is reduced by 46 percent in extreme cases due to costs, insurance tax and risk premiums. Only 1.36 percent of a total yield of 2.5 percent is passed on. That is probably also one of the reasons why these products are so unpopular. There are huge differences here. On the other side of the spectrum is an insurer whose reduction is only 15 percent. (EML)