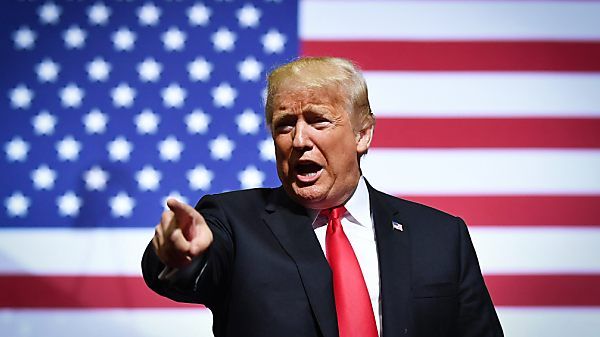 The trade dispute with the US has left its mark on the Chinese economy. The second largest economy lost momentum in September, as two polls were published on Sunday in the midst of purchasing managers. In particular, there is a significant decline in foreign demand.

Economists expect the leadership in Beijing to take further steps against an economic slowdown. The PMI of the Bureau of Statistics fell to 50.8 points from 51.3 in August. He remained above the growth rate of 50 meters for the 26th consecutive month. However, analysts had only expected a minimal decline to 51.2 points.

The private PMI from Caixin / Markit, which focuses on small and medium-sized companies, even paints a cloudy picture. The barometer dropped to 50.0 points, indicating a stagnating business activity. The last month without growth was according to this survey in May 2017. The sub-index for new export orders shows the largest decrease in two and a half years.

"The continuing weakened demand is beginning to affect the production of the companies," said economist Zhengsheng Zhong of the CEBM group. His colleague Tang Jianwei of the Bank of Communications now sees politics as a priority. He spoke of increasing external pressure on the Chinese economy. "And it will continue to rise next year," Tang said. He predicted a slowdown in economic growth of 6.6% compared to 6.7% in the previous quarter for the third quarter.

Influenced by rising funding costs and moderate investment activity, the economy had already cooled down before the trade dispute this year with the US broke out. Meanwhile, both parties have imposed large tariffs on each other. Most recently US taxes on Chinese goods valued at $ 200 billion (€ 172.77 billion) came into effect. Further discussions about defusing the situation were broken. The Chinese government tries to support domestic companies with different measures. For example, preference should be given to loans to smaller companies, reduction of taxes and accelerated infrastructure projects.

Foreign investors are lured with tax credits. When they reinvest their profits in China, they are exempt from income tax. A corresponding regulation is now being extended to other economic sectors, as the Ministry of Finance announced at the weekend. At the same time, the central bank indicated that it continued to provide favorable financing conditions with its prudent monetary policy.

A bright spot in the People's Republic is the services sector. It accelerated its growth significantly in September, according to the official PMI for the sector. The index rose from 54.2 points to 54.9 in August.