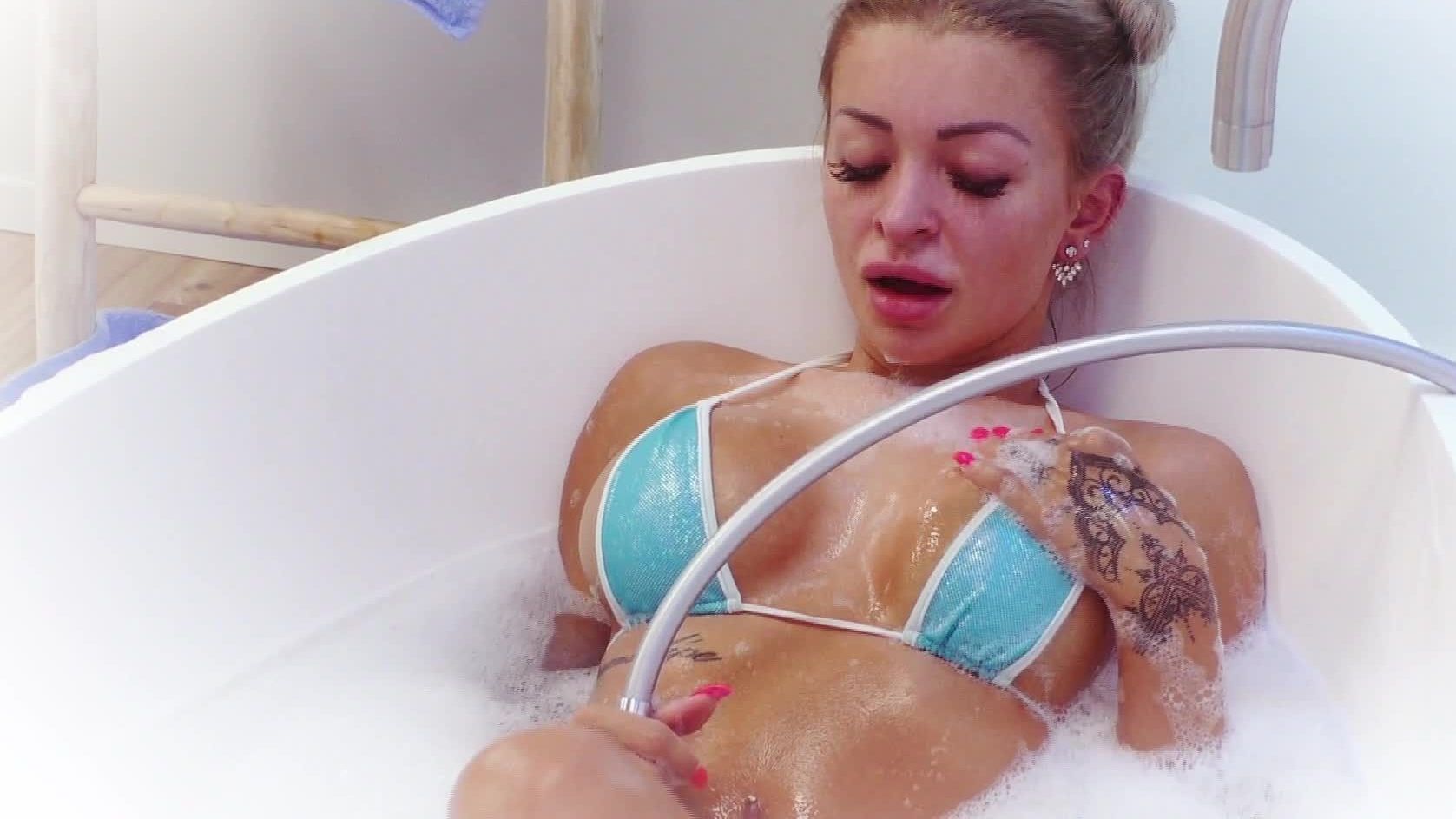 
The shower head is used for other purposes
© Sat 1

In fact, the audience of "Celebrity Big Brother" has been waiting for a sex scandal with YouTuber Katja Krasavice. The expectations are now fulfilled, because on day 4 in the container of "Celebrity BB" the 22-year-old apparently no longer stopped having sex.


Katja Krasavice lends a hand in the container
© Sat1

A shower for two saves water! PS-Lady Cora Schumacher and Youtuberin Katja Krasavice instead of a coffee party, in the shower appointment and chat as long as it takes. What is the wet and cheerful language?

Katja Krasavice talks about sex in the house

For a long time YouTuber Katja Krasavice has been a candidate for "Celebrity Big Brother" on Sat.1. Like many other candidates, it polarizes the audience there. Some love them, others hate them. The fact is: we will probably hear more of the blonde in the near future.