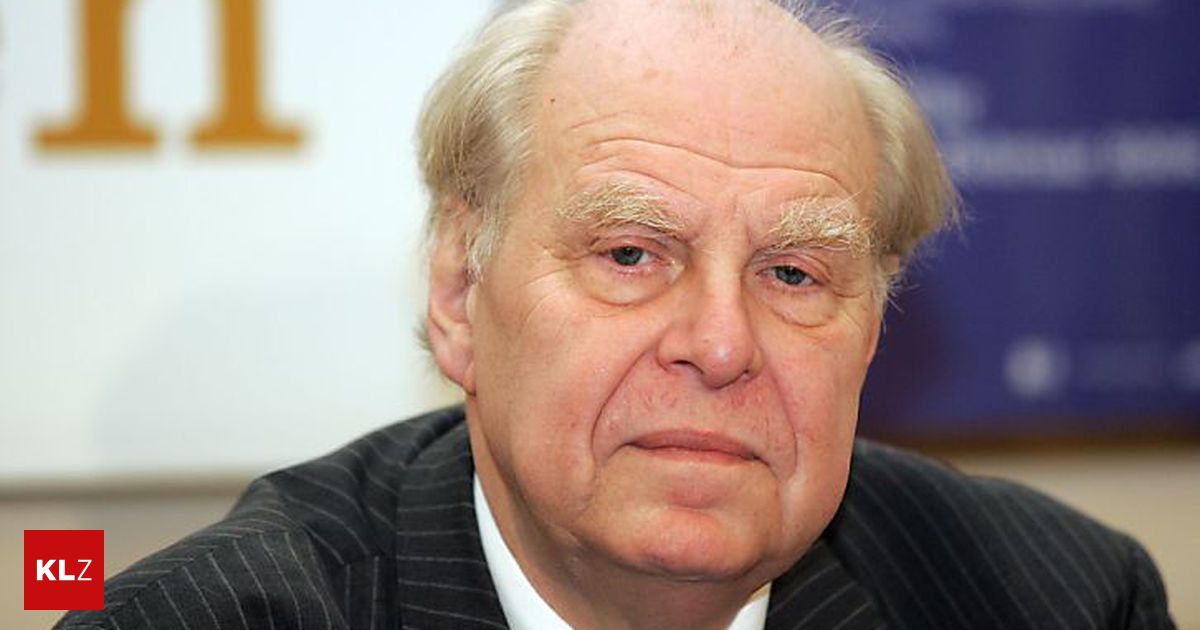 A & # 39; veteran of the cultural landscape & # 39; is dead: Franz Häußler, former director general of Vereinigte Bühnen Wien (VBW) and president of the Wiener Bühnenverein, died in the night on Monday at the age of 81, as the VBW announced. The great life project of the theater manager was the Theater an der Wien, with which he had been associated for almost 40 years.

However, Häußler initially began his career in the Theater der Jugend. Born in Vienna on 31 December 1936, he also studied secondary education in the capital before he began working in the Theater of Youth in 1953, of which he became director in 1967. 1969 followed the change as commercial director to the theater in the Vienna operating GmbH, which was adopted in 1988 in the United-Stage Vienna. In the era Häußler fell on the one hand, the great musical successes of the house such as "Cats" or "Elisabeth", but also the gigantic task of renovation and revitalization in the Raimund Theater and the Ronacher.

After being commercial director from 1969 to 2002, Häußler joined the director general of VBW from 2002 to 2008. Before his resignation in 2008, when he handed over the scepter to the later minister of Culture Thomas Drozda (SPÖ), he accompanied the start of the Mozart annual restructuring of VBW, including the repatriation of Theater an der Wien in an opera house. However, by the end and after the end of his work as VBW General, there was also criticism of high premium payments and the expensive renovation of the Ronacher.

In addition, Häußler did not remain exclusively affiliated with the VBW, but he also took part as an advisor to the general renovation of the Volkstheater and from 1988 onwards he acted as president of the Viennese theater association, whose honorary president he was until the end. From 1991 Häußler also worked as a teacher of cultural management at the University for Music and Performing Arts.

And yet Franz Häußler remained someone who worked behind the scenes. The public "disregards the appreciation that Franz Häußler enjoys in specialized circles", once the delegate mayor Sepp Rieder (SPÖ) of Vienna once paid tribute to the recipient of the award during the gold medal of honor of the German capital in Vienna in 2007. And the then local councilor Andreas Mailath-Pokorny (SPÖ) joined this honorary title "Doyen the Viennese cultural manager", but this has an invaluable value: "Where Franz Häußler has his fingers in the game, no chair remains free . "

The mourning for the deceased was correspondingly high on Monday. "Franz Häußler played an important role in the life of the Viennese cultural landscape and accompanied the Vereinigte Bühnen Wien for decades with his expertise and personal involvement," said Häußler cultural council member Veronica Kaup-Hasler (SPÖ).

Franz Patay, as director indirect successor to Häußler of VBW, praised the deceased as a "theatrical person through and through", while Thomas Drozda as a direct successor honored Häußler as a "legend of the Viennese theater landscape": "The quality of one's character is difficult Situations and in particular the necessary letting go of it The transfer to theaters is usually accompanied by considerable conflicts, a presentation like that by Franz Häußler is unprecedented to me after my three decades of observation. "

Peter Weck, as VBW music conductor from 1983 to 1992 best companion, appealed to: "Unforgettable the decade of cooperation and mutual success," while Rudi Klausnitzer from 1993 to 2003 acting musical director the deceased as "driving force and dormant pool of the United Bühnen "said:" His artistic partners have always been able to trust him, support and protect them, always with advice and help. "Kathrin Zechner, the successor of Klausnitzer from 2002 to 2011, also referred to this characteristic of the former VBW boss: "I met him as a dedicated director, always a partner in the artistic side as an enabler for the theater and for colleagues and colleagues lived with consistency to pursue his goals."

In the end, Vienna's city councilor for Finance Peter Hanke (SPÖ) was hit: "With General Manager Franz Häußler, I have lost a good friend and a loyal professional partner for decades." This human side also emphasized Theater-on-the-Vienna Director Roland Geyer: "Franz Häußler was also a paternal adviser and important partner for me."