Melancholy as a challenging answer to the future

19/08/18 Sibelius could probably become very gloomy: from the Finnish half-darkness he watched the course of new musical things at the beginning of the 20th century – but that was not his. So he wrote the "Fourth", first listening for forty minutes of pure melancholy. 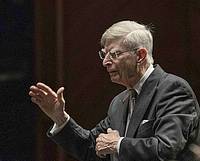 Herbert Blomstedt presented this work to the Vienna Philharmonic Orchestra in Salzburg, which they had never played before. Blomstedt is allowed to do that, for the now 91-year-old (who was in the fresh eighties when he conducted this orchestra for the first time), the Viennese Philharmonic Organ has given the greatest confidence in a short time. This is also possible this time – 18./19.8. in the Grand Festspielhaus – curiosity, attention and respect for the deliberate, unobtrusive, Kapellmeister-like objectivity of Blomsted.

With such rarity in the Trantüten-Symphonie, which is absolutely not one. The black-gray primer is just one Sibelius truth. The other: this work can be read in the same way as referring to his time as a Mahler's symphony. Ironically, Mahler steered the woodwinds in an ironic way, to impress even the most conservative of his contemporaries into the end of an era. Sibelius works with more retained resources, and Blomstedt traces it quietly, but with certainty. He does not leave any of the many string melodies incredible, which often end up harmoniously in nirvana and tell us unambiguously: it is over with tradition. 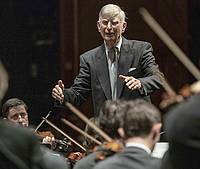 The viola plays a special role over and over again and is a special expression the second, a sort of scherzo, in which dance music from the past and later also sounds and dies. How much charm and abandonment in the short drum delivery, in which the flutes are virtually muzzled! This could be from Mahler (the "Fourth" premiered in his death year) – but just like Mahler, Sibelius shrank from the consequences, he gave more challenging melodic-spirited answers than this in his adagio movements.

Too bad the ORF did not record this Concert, it would have become a very impressive festival document on CD. Not only in Sibelius's business, but also for Bruckner. Blomstedt showed the "Eighth" in his criminal late Salzburg debut with the Vienna Philharmonic in 2014, the "Seventh" in the previous year with the Leipzig Gewandhaus Orchestra. This time the "fourth", and again a Bruckner exegesis of a very special kind. The Swede has the feeling for the special sound of the Viennese horns, he knows about the orchestra's own Bruckner experience. And so he goes straight to the symphonic engine room to adjust the screws here and there again. He takes Randstimmen in the holes, also looks at Bruckner the viola on the fingers. It is a fascinating whole.

"When I realize that the orchestra is grateful for my presence, it really inspires me", said Herbert Blomstedt in an interview with his nineties last year. He left the Philharmonic stage noticeably inspired.