The double nightmare in Congo: Ebola breaks out in the war zone 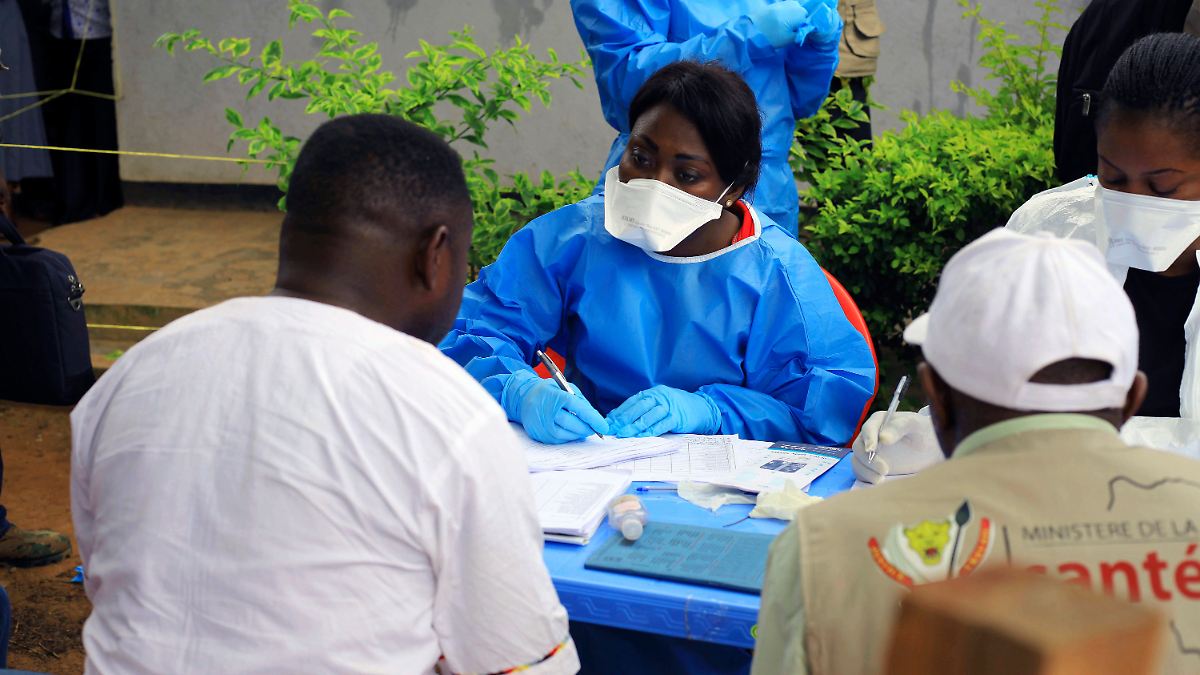 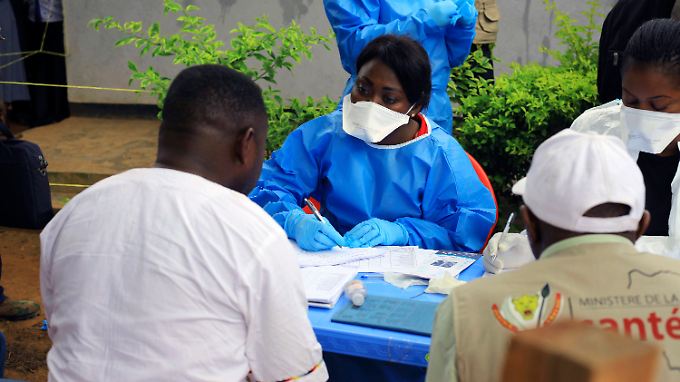 A staff member of the World Health Organization (WHO) prepares vaccinations for helpers. (Photo: dpa)


In Congo, 73 people are infected with the deadly Ebola virus. The new outbreak is in the middle of the war zone – doctors and helpers can only travel with military escorts in the affected areas.

Richard Kitenge is in his office at night. The emergency coordinator's telephone from the Congolese Ministry of Health continues to ring. Kitenge answers annoyed and rubs her tired eyes. It is the second Ebola outbreak in Congo that Kitenge must control this year. And this time everything is even worse than the previous one. 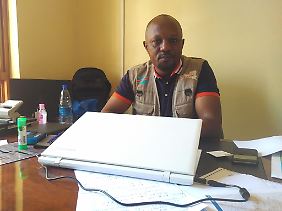 The first outbreak had been declared "embedded" only two weeks ago. The deadly virus killed 33 people in the north of the vast country, Equateur Province. Mass distribution in larger cities can be prevented just in time. Now things are in the east of the Democratic Republic of Congo, in the middle of the war zone. The UN Coordination Office (OCHA) speaks of a "double nightmare".

Since the beginning of the month, Ebola cases have been reported in the crisis zone around the city of Beni. Of these 46 are confirmed and 27 are under observation. 43 people have already died. Patients show symptoms such as high fever, headache and bloody nasal and peri nasal discharge.

"The numbers are still rising," says Kitenge. But in any case: Tests have shown that the pathogen in East Congo is not the same as in the north. Say: the virus has not been passed through the whole country. At least good news.

The Ebola virus that occurs in Africa is one of the most dangerous pathogens in the world. It causes death in 50 to 90 percent of cases. Despite intensive research, there is neither a preventive vaccine nor a medicine.
According to the Robert Koch Institute in Berlin, the virus is mainly transmitted by direct, close human to human contact, probably through blood-borne body secretions. After an incubation period of two days to three weeks, the disease usually leads to fever and internal bleeding (haemorrhagic fever), the majority of patients die from respiratory failure and circulatory system.
The virus that first appeared on the Ebola River in the Congo leaves can be detected in blood, urine and pharyngeal secretions. The suspicion of a disease has already been reported in Germany.

One of the biggest problems with the recent outbreak is access to the crisis regions. There are more than 100 different rebel groups. Especially the region around the city of Beni, where most cases are confirmed, has been a controversial area for four years. There are regular killings and kidnappings by militias. Last week, 14 civilians were kidnapped and massacred.

World Health Organization (WHO) Chief Executive Tedros Adhanom Ghebreyesus describes the crisis region as a "favorable environment for the spread of Ebola". And Congo's Ebola coordinator Kitenge says: "Many Ebola cases are in so-called red zones."

One of these places is the small town of Oicha, 45 kilometers northwest of Beni. For four years she was the suburb of the war between the army and the rebels. A large part of the population has fled. Among the people who are still there, there is now a case of suspect Ebola. Another person has already died from symptoms that are characteristic of Ebola. Access is difficult for experts and doctors. To get there, Kitenge explains, they needed military escorts. But that is rare.

The UN mission in Congo (Monusco) actually has great powers on the ground. With almost 20,000 blue helmets soldiers, Monusco is the most expensive and most expensive UN mission worldwide. But the blue helmets are already fully occupied with protecting the population in this circus of rebels and militias. Now the UN must launch everything to combat not only militias, but also the deadliest virus in the world.

The Congolese know their way around Ebola

Last Friday, the UN deployed two large planes to transport doctors and equipment across the country to land vastly. A big advantage was that international doctors, nurses, logisticians and WHO Ebola experts had already been deployed in northern Congo at the end of July. Much of the equipment – that is, insulation tents, protective suits, laundry bags and much more – had not even flown out of the country. The UN had to simply fly the equipment through the country. The Ebola teams were therefore able to react relatively quickly. 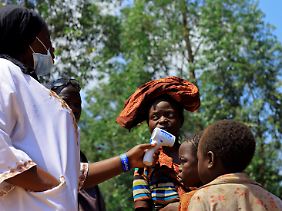 The refrigerated boxes with the new vaccine were still stored in stock. This was used for the first time in northern Congo in June. This allowed preventive vaccination of doctors, nurses and immediate family members of the infected person. Since Wednesday, the Ebola teams are now vaccinated with it in the East. Kitenge is therefore confident: "After the systematic vaccination, we should have the situation under control until next week," he says. The Congolese know about Ebola. The virus comes from the jungle in the heart of Africa and is named after a river that flows through the Congo.

And another drug is now being used worldwide for the first time: a molecule that is given as a treatment to infected patients. The drug had previously been tested on monkeys only, but showed 100% cure. "The application to people is therefore a test, but with the systematic treatment we can study the results", said Ebola expert Kitenge. The molecule comes from the blood of an Ebola survivor from the outbreak in Kikwit, Western Congo, in 1995.

Will all blue helmets remain?

Karin Huster, Médecins Sans Frontières Emergency Coordinator (MSF), is in the city of Mangina Use, the epicenter of the outbreak. She set up a treatment center for Ebola patients, a sort of isolation group. There are currently 37 patients, of whom 31 have confirmed the Ebola virus in the laboratory. The problem: the station has only four beds, Huster said over the telephone: "And they are all full."

It is extremely important not to repeat the mistakes of the Ebola epidemic in West Africa, the doctor explains. In West Africa, approximately 11,000 people died between 2014 and 2016. "In West Africa, health centers were not well protected," she recalls. The people had come for other illnesses and were eventually infected in the health center than in the Ebola patients & # 39 ;. MSF plans to establish sanctuaries in health centers where patients with Ebola symptoms are directly isolated so that they do not come into contact with other patients.

More on the subject

The UN once again cares about protecting its employees and blue helmets. She has imported four sarcophagi that allow Ebola patients to fly safely and isolated, even to hospitals across the Congo. However, these are certainly only for international UN employees and blue helmets, not for Congolese people. The UN is committed to serving its employees worldwide. The Monusco fears that troop-supplying countries whose blue helmets are stationed in the Ebola area will shortly be ordered to deport their soldiers so as not to expose them to risks. Then Congolese soldiers should offer safety. A Congolese general whose special forces are fighting in Beni says: "I can not explain to my boys why they should stay when others are withdrawn."