Big fire on farm in Höchst

In Höchst the farm buildings of a farm were in full fire late in the evening. According to the rescue center and the fire brigade, two people were taken to the hospital. The area is densely populated, the fire initially threatened to overlap with residential buildings.

In Höchst, a farm that burned at night on Thursday, the fire brigade was on the spot with a large contingent.

Two people brought to the hospital

According to the rescue raiders (RFL), two people had to be hospitalized, one with a burn – the severity of the injury was unknown at night. Several people from the surrounding houses were also brought to safety. Animals were not harmed, they are according to RFL on an alp. 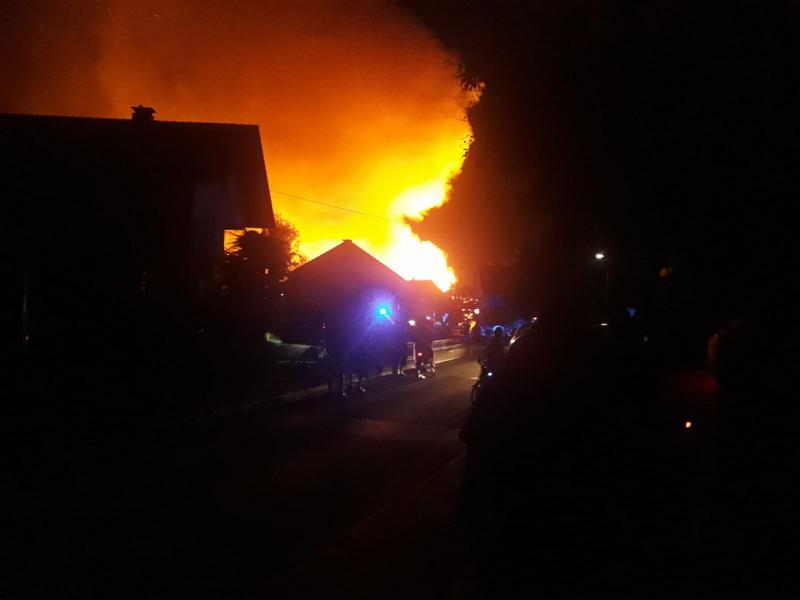 Above all, the tap of the farm was hit by the fire. The flames were visible from afar, local residents reported several ponies. According to RFL, about 120 emergency calls were received within five minutes.

The fire stations were on the site with a large contingent – the fire brigades were Höchst, Gaißau, Fußach, Lustenau and Hard and a special large tank fire truck, which was requested from Hörbranz.