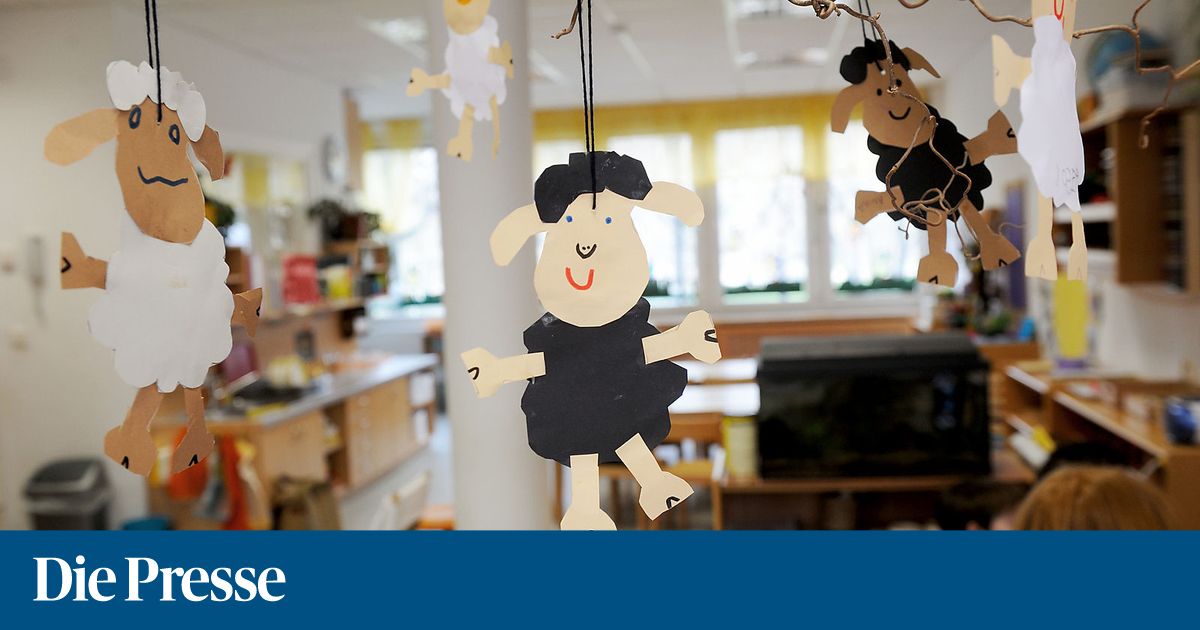 The federal and national negotiators have reached agreement on the further development of childcare in Austria. The key points are that the federal contribution will not be reduced in the next four years, the countries will pay more and a headscarf ban will come. This was announced in a kindergarten in Fischamend. There was no finished newspaper yet.

Chancellor Sebastian Kurz (ÖVP), vice-chancellor Hein-Christian Strache (FPÖ) and chief negotiator, Minister of the Juliane Bogner-Strauß (ÖVP) family, had come to announce the result, from the provincial side of the provincial governor of Lower Austria, Johanna Mikl-Leitner (ÖVP).

The latter, together with her party colleague Wilfried Haslauer from Salzburg, represented the interests of the country during the long negotiations. The result: after the Confederation wanted to make only 110 million euros available, it is now 142.5. In the future, the federal states will pay 38 million euros per year (about ten million more than in the past) for the expansion of childcare, early language support and the compulsory last kindergarten year.

There must be a headscarf ban

Instead of three, there will in future only be a single, comprehensive 15a agreement between the Federation and the Länder. The emphasis is on more language support, the expansion of the offer for minors and the extension of the opening hours according to the compatibility indicator for family and career, as explained by Bogner Strauß. The goal is therefore to open at least 45 hours per week and 47 open weeks per year. Every year at least one extra percentage of nursery schools is expected to meet this requirement, with a total of six percent over the four-year period.

EUR 70 million of the funds are spent annually in the free kindergarten, almost EUR 30 million in the language promotion. The remainder is divided among the other measures.

Even the headscarf ban will come, as Strache underlines. It is about the protection of the girls, it is "no interference in a religion". In the future, the Confederation will set goals by means of a values ​​catalog, which the federal states must implement and what they should pay attention to. As a result, facilities threatening the withdrawal of funds are threatening, Kurz said.

You could not see the agreement during the press conference. The documents had just been sent to all countries by the Ministry of Family Affairs, explained Mikl-Leitner. She has already spoken with the chairman of the provincial general conference, the provincial governor of Burgenland, Hans Niessl (SPÖ). According to Mikl-Leitner he had given his permission on condition that he wanted to look at the details.

Congregation praises its own perseverance & # 39;

The community organization is pleased about the change of the plan: this is also due to the "perseverance" of the community, President Alfred Riedl said the success of the flags. The focus on the development of children under the age of three is also an important location factor for the communities, emphasized Riedl Friday.

In recent weeks, people have successfully fought for more financial resources for the communities in countless talks and negotiations with the Federal Chancellor, the ministers, provincial governors and parliamentarians, Riedl underlined in a press release. But he also called for an amendment to the law, so that in future negotiations on 15a agreements the municipalities are also contractual partners of the federal and state governments, because: "We had been able to save many debates in recent weeks, when we started as representatives from the beginning. would sit down from the community. "