Mikl-Leitner got "Star of Safety"

The provincial governor Johanna Mikl-Leitner (ÖVP) has been awarded the so-called Star der Sicherheit by the Bavarian Minister of the Interior. The state medal is awarded for many years of security services in Bavaria.

The Bavarian Interior Minister Joachim Herrmann (CSU) emphasized the trustful cooperation with Lower Austria. Provincial director Johanna Mikl-Leitner has made her name as Minister of the Interior in Bavaria. With the beginning of the refugee movement, she acted swiftly and constructively, Herrmann said: "You have represented a determined policy and not only the interests of your nation, but also the neighbors of Austria and thus also of the whole of Europe in prospect." 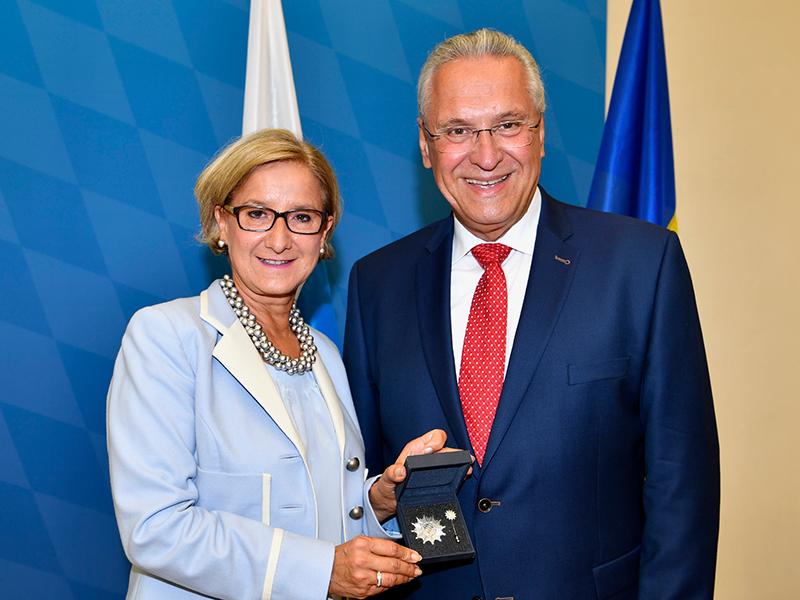 Mikl-Leitner worked as Minister of Home Affairs for five years before returning to Lower Austria. "And we have experienced an exceptional situation in the area of ​​the refugee crisis, particularly in 2015, which we have mastered well, where we have made decisions where there has often been resistance, but where many today know that they have made the right decisions. names, "said the provincial governor. Herrmann and Mikl-Leitner announced that they will continue to work closely together in the future, for example in the business area.