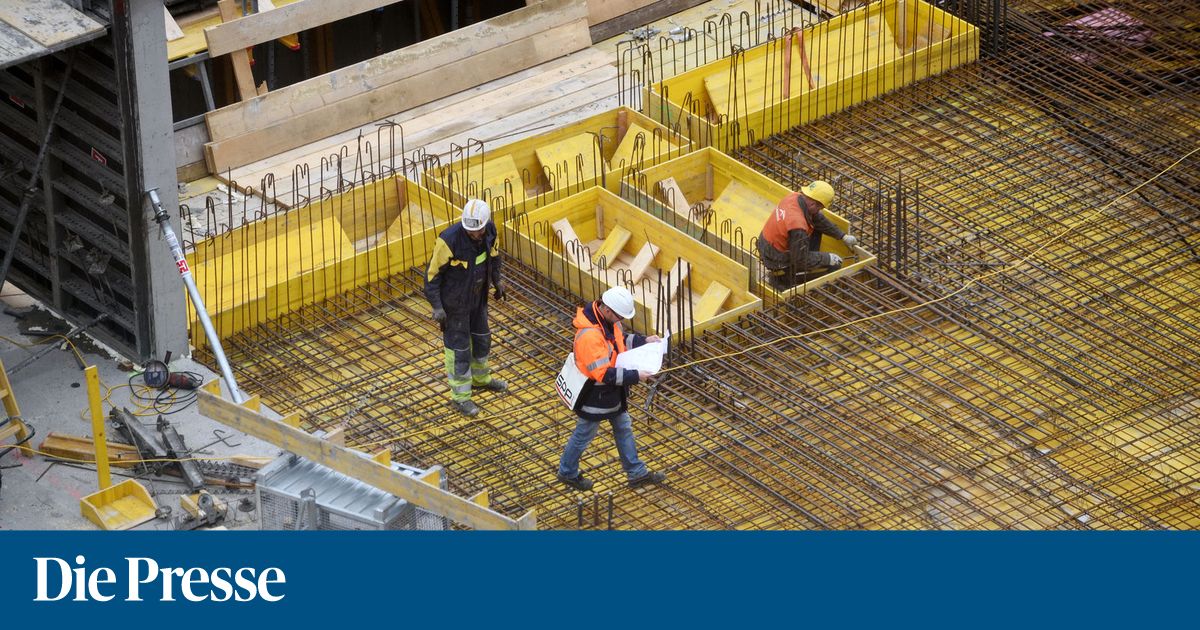 The criticism is louder: after SPÖ and Neos have expressed their opposition to the project of the turquoise-blue federal government, which also wants to allow aid organizations and state politicians to talk about the possibility for asylum seekers to start an internship. Behavior was expressed on Monday the board of the public employment service (AMS), Herbert Buchinger. The latter sees the issue of the admission of asylum seekers to education in shortage occupations as "marginalization of labor market policy". For the integration of those involved, a ban would of course be a hindrance, "but you just do not want to integrate people who have no reason to flee." That is of course politically permissible.

According to AMS, there are 1023 asylum seeker pupils in Austria at the end of July who could start apprenticeships in scarcity projects with a special AMS permit. Of these, 327 work as cooks, another 122 as restaurant specialist and 76 as gastronomy expert. Most pupils work in Oberösterreich, where 359 young asylum seekers work as trainees, followed by Salzburg with 155 and Tirol with 136.

Rudi Anschober, the green state council of Oberösterreich, who launched the "Training instead of Deportation" initiative, was aggressive on Monday: "We will continue to grow until we can achieve our main goal, a broad-based solution of reason for the present and the future. ", he informed by post.

The governor of Burgenland, Hans Niessl (SPÖ), who currently holds the chairmanship of the provincial council, also considers the government plan as a "wrong starting point". He suggests: "that asylum seekers first learn the German language, that they also have to complete compulsory education", says Niessl. That would take about 14 to 16 months. "And then it must be decided whether someone is entitled to asylum or has no right to asylum." If the victims are then classified as entitled to asylum, they can "start teaching after 14 to 16 months", otherwise "just not," said the governor.

Caritas President Michael Landau, however, spoke of a "completely wrong decision": "I appeal to the Austrian federal government not to make any hasty decisions now." Red Cross President Gerald Schöpfer was "disappointed" in a first reaction. In his opinion, "young people must offer a perspective and give them a chance for the future instead of forcing them into inactivity".

Coordination of asylum policy & # 39; condemned & # 39; also powerful the plan of the government to break the student decree. This measure is a further step towards the sustainable disintegration of young refugees. Similar to SOS fellow man: "Such an access blockade would torpedom integration and destroy the chances of young people." Who blocks access to education, opens "the gate to deep emptiness". It threatens "a decline in stone age integration," said Alexander Pollak, spokesperson for SOS fellow man.

Young asylum seekers under the age of 25 are currently allowed to do an internship in a shortage. This was regulated at the AMS in 2012 under the Decree of the Ministry of Social Affairs. Initially the permit was only valid for adolescents up to 18 years, 2013 was extended to 25 years.

The aim was "to leave young asylum seekers in public and macroeconomic interest for the duration of their asylum procedure training and meaningful employment, which can be used later – even in the case of negative outcome – more advantageous elsewhere," says the decision, that should now be withdrawn.

Employment requires a work permit from the AMS and will be issued during the duration of the internship. For all professions for which a permit has to be granted, there must be a proven lack of pupils. The shortage of pupils is determined by a concrete procedure for replacement forces. The Regional Advisory Council must unanimously agree with the permit. In all cases, an employer must already be present with a specific internship.