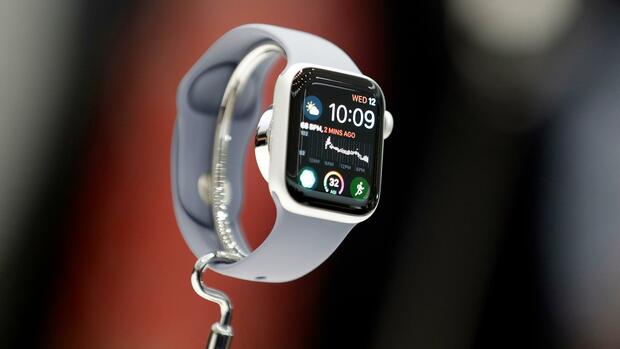 With the new product generation, the technology company expands the device into a health monitor.

The tombstones in the cemetery of buried apps for the Apple Watch read as the "who's who" of the technology industry. The applications of the image network Instagram, the communication platform Slack or the online retailer Amazon gradually disappeared from the computer around the wrist. Users simply do not want to shop or take photos on a small screen.

The watch was for a long time just a fun toy and not of vital importance in the digital world. That changes four years after the first announcement. The Apple Watch is becoming more common. With the new product generation Series 4, Apple is expanding the device to the health watch.

The clock must help to detect falls. A newly added sensor captures electrocardiograms. The ECG measurement activates the owner by pressing the digital crown. It probably takes 30 seconds.

He can independently collect the heart data over a longer period and send it to the GP via PDF. The wristop computer warns you of an irregular heart rhythm.

Of course, how well this works in practice should be shown if Apple unlocks the function at the end of the year. For the new ECG function, the Group has so far only received approval from the US regulatory agency FDA. When this technology comes to Germany it is still unclear.

But the Apple Watch will probably soon know more about the heart of their owner than a doctor. The Apple Watch eventually leaves the gadget corner. It can become an important life companion if everything happens as Apple promises today. Heart disease is one of the main causes of death in the US.

The health offensive for the Apple Watch is also expected for their inventors in Cupertino. So far, the clock only provides a fraction of the group's turnover. That could change quickly.