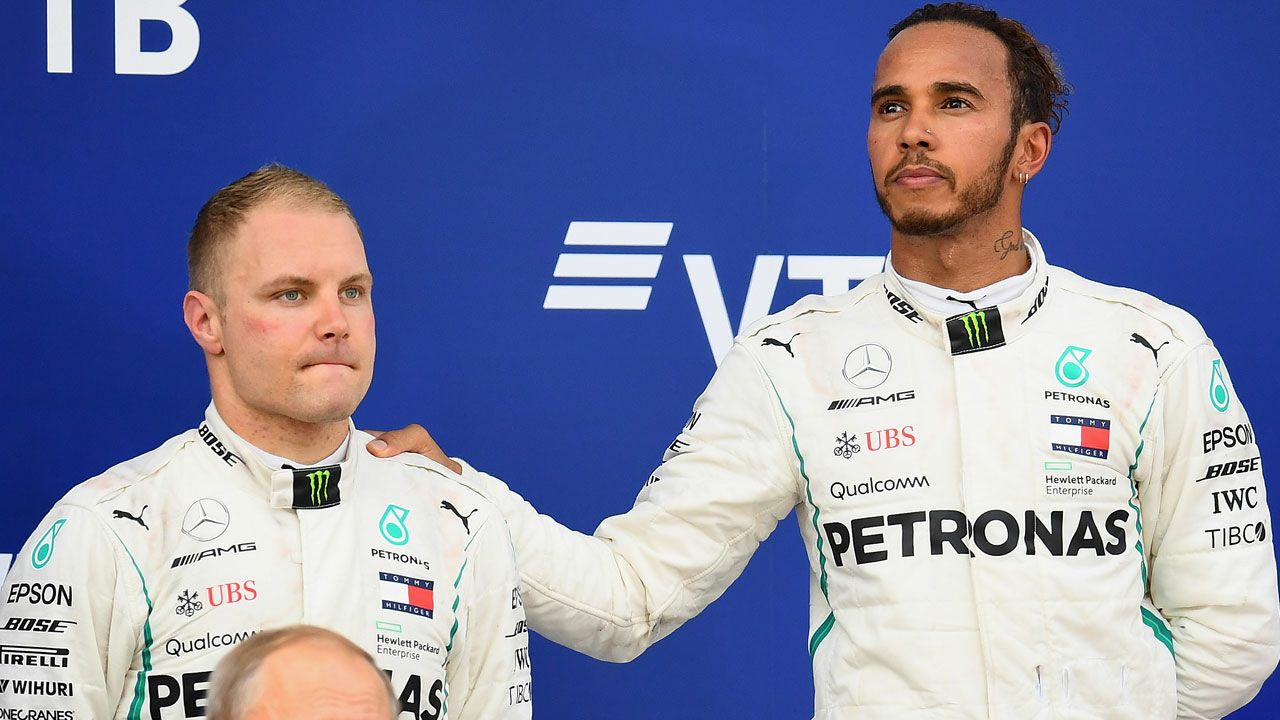 Double victory and the lead in both World Cup standings expanded. Cheerful faces were searched after the GP of Russia (race reports) at Mercedes, but in vain.

The fact that the Silver Pole driver Valtteri Bottas won with the team order in favor of Lewis Hamilton, leader of the World Championship, saw all parties in the spirit.

"We have the first and second place and it just does not feel right", says team boss Toto Wolff after the race in the ORF interview. But the Viennese justifies the "unpopular" decision, which eventually gave Hamilton the comfortable lead of 50 points in the World Cup.

Mercedes breaks after their own mistake promise

Originally, Mercedes pole setter Bottas had promised to win if he was still in the lead after the start, as Wolff reveals. "We discussed it in the morning and said: & # 39; If you have a head start, we will make it that way. But then the race happens and everything is different. That is how it happened today. & # 39;

So the Viennese addresses of the mis-timed pit stop by Mercedes Hamilton and the subsequent loss of space against Vettel.

"We made a mistake as a team, so Lewis came out after the stop behind Vettel, we came late in a round, the band broke into the lap, so Lewis had to attack to overtake Sebastian and then he did the Valtteri falls on, causing him to blow up a bubble at the back of the tire and suddenly Sebastian was there ", explains Wolff.

"You can say & # 39; blame yourself & # 39 ;, but in terms of the championship you have to make that call & # 39 ;, the team boss justifies the instruction to Bottas to let his teammate pass. Hamilton should have been protected & # 39; against Vettel.

"We have our lead in the World Cup increased by seven extra points – in a season that was sometimes very difficult. You just have to take this with you. That is what we have done today. It does not feel right, but perhaps you should look at the championship in such situations in the long term, "says Wolff.

The wish of Bottas is not fulfilled

"If Lewis had not had that air bubble on the belt and had been under such pressure, we would have left the result that way."

At RTL he insists sharply: "If Lewis had not had that air bubble on the belt and had been under such pressure, we would have left the result that way." Because: "We are all racers and you want him to win, who was the fastest on the track, that was Valtteri today and he deserves it."

That is only a small consolation for Bottas. The Finn looked after the race, which showed blisters, well to the tires of Hamilton.

"It is a good result for the team, of course we have scored the maximum points, but for me personally it was a pretty tough race, Lewis fights for the title and we are for the constructors title, we always have a plan, but it It's hard to predict what will happen in the race, but that's the way it is now, "said the visibly disappointed Bottas.

Shortly before the end of the race, when the double victory was no longer in danger, he had again expressed the wish that he and Hamilton would change again. However, this wish was not fulfilled by his team.

"You can not do that, you can not give away the seven points in this situation, even if you do not want to see it as a fan or a racer." As a racer, I can now understand what is going on in Valtteri. says Wolff.

Hamilton: "I did not want that"

Winner Hamilton also found it difficult to find words after the race. "It's a strange feeling, Valtteri has done a fantastic job all weekend, behaving like a real gentleman, let me through and earn the victory, so I never wanted to win a match," he says Brit.

And he explains: "When I got the info (to overtake Bottas, pay attention), I said:" Just tell him to go faster. "I did not mean to do that, revamping Valtteri did not feel right."

That is why the leader of the World Cup after the overall 70th GP victory of his career Bottas on the podium also offered the cup of the winner, but this refused. Hamilton then brought him at least to the top step of the podium – for which there could still be a penalty for breaking the podium rule of Formula 1.

The bottom line is that everyone involved in Mercedes Russia probably does not feel that good. Not for nothing says Toto Wolff: "I believe in karma and I hope it does not bite us."