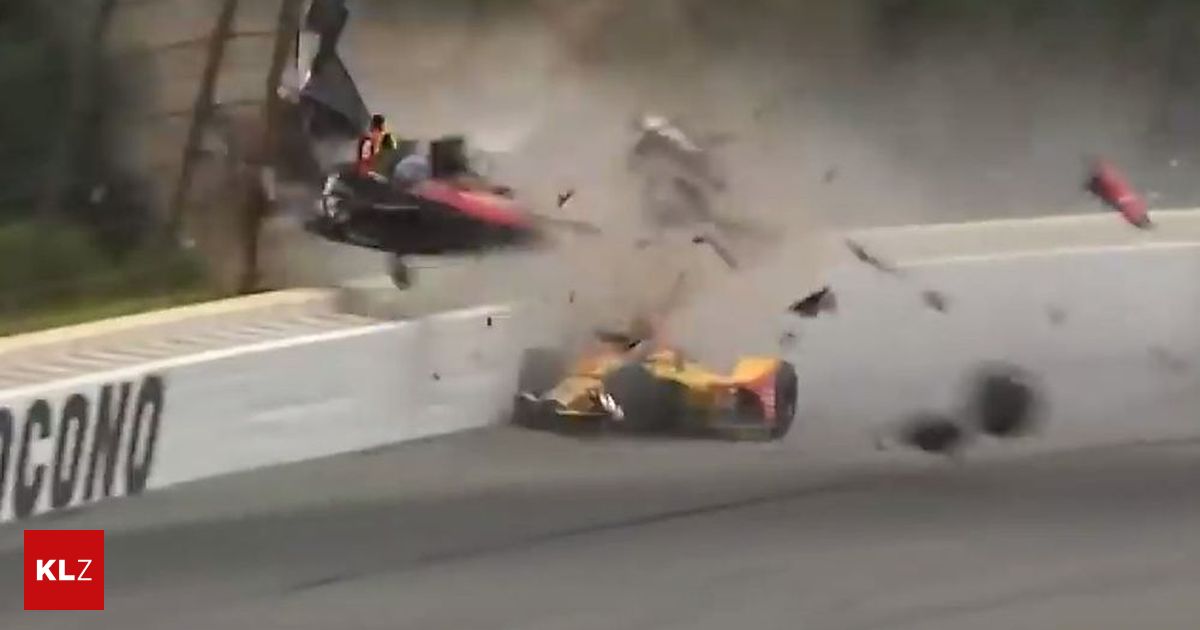 The IndyCar race at the Pocono Raceway in Pennsylvania had to be interrupted shortly after the start due to a serious accident.

In the first round there was the horror accident: in turn 2, the infamous tunnel turn Ryan Hunter-Reay (Andretti-Honda) and Robert Wickens (Schmidt-Honda) clashes. The Wickens vehicle stood up and collided with the security fence. Wheels and wings disintegrated in a collision and the car rotated around its own axis several times.

While Andretti team owner Michael Andretti As far as the condition of his driver is concerned, Hunter-Reay could give the all-clear ("Ryan is ok"), the health of Wickens is still unclear. IndyCar has posted a statement on Twitter. As a result, the 29-year-old Canadian suffered lower extremity, right arm and back injuries, as well as a lung pressure. He will be further examined and treated.

Here you can see the accident, but the video is not for the faint-hearted: