That is why Alonso does not feel like it anymore 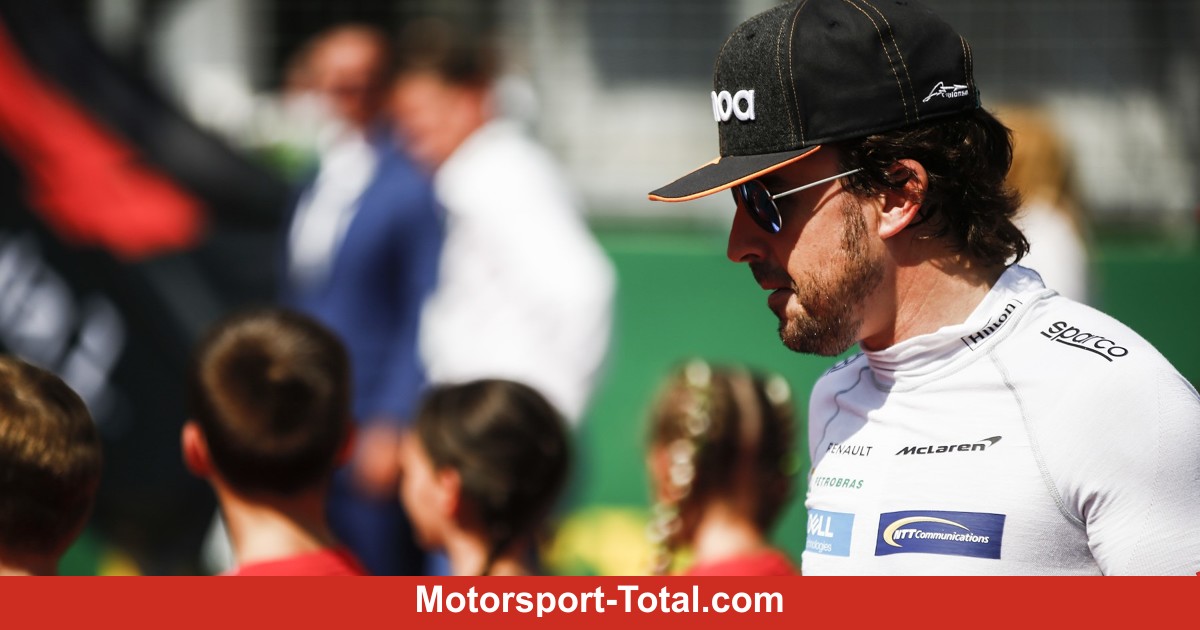 (Motorsport-Total.com) – After Fernando Alonso announced his (tentative) departure from Formula One this week, the Spaniard was now faced with the questions of the world press for the first time. At Silverstone, where he will participate in the World Endurance Championship (WEC) this weekend, he has answered questions about his retirement from the premier class – and he found some pretty clear words.

"I stopped because the action on the track is very bad in my opinion, "remarks Alonso unmistakably clear and stated:" In F1 we ​​talk more about what happens outside the circuit. " It is a "bad sign" for the show, when there is sometimes more talk about things like radio than the actual action on the job.

"The action on the track is not what I dreamed about. I came to Formula 1 – or when I raced in other series", reveals the two-time world champion, adding: "I think there are other series that better action and more fun, and the future make me happier. "However, the sporting lack of prospects in the premier class may also have played a role.

McLaren Alonso has been driving for years, and even before 2019 he has not seen a realistic opportunity for a third world title. "We are coming to Barcelona for the first day of the winter tests, and we already know how it will go to Abu Dhabi in November," Alonso explains, criticizing the stalled power balance in Formula 1. "Today we can write down what […] "says Alonso.

Fernando Alonso has won two world championships and 30 Grand Prix victories, with an estimated 150 million euros in Formula 1 – but it all started in the Go Karting, here at the tender age of nine. Photo Gallery

"We can write the first 15 positions (one race), and all errors except one or two would be correct, it is difficult how predictably everything has become, that is to say," said the Spaniard. "It has become difficult for ambitious pilots," he explains, adding: "It is difficult for young […] riders because they hope that their team will take a giant step next year, or that they will name one or two Teams for him. "

For him personally, by the way," no big problem ", emphasizes the 37-year-old. "In 18 years I have achieved more than I dreamed," said the world champions from 2005 and 2006 clearly. "In my opinion, I am currently at the best level of my career," says Alonso, who has kept a backdoor open for a return to Formula 1. A comeback is not completely excluded.

"Why should I close the door if something else happens in the future?" Explains Alonso and adds: "I am still young, I am not yet 45. I feel strong, and this year I will be running 27 races." However, his passion for Formula 1 seems to have at least disappeared. It is still unclear where Alonso will drive in 2019. Most likely is a start in the IndyCar series or at least the Indy 500.