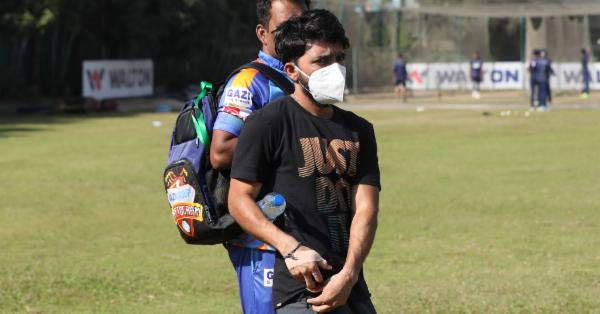 Mominul Haque, captain of the Bangladesh Test, needs surgery. Mominul, who played for Gazi Group Chittagong, injured his left finger during a match against Jamcon Khulna in the Bangabandhu T20 Cup.

He will initially have to be out for 3-4 weeks due to an injury, he said. As a result, his tournament was practically over. But now BCB chief physician Debashish Roy has said that he needs an operation: “It looks like he needs an operation on his finger. At home or abroad I can’t say for sure at the moment. Now send abroad. It’s not easy. However, it’s better to do the operation early. There’s the issue of visas to send abroad, there’s the issue of quarantine. So that’s what I’m talking about. “

For the Bangabandhu T20 Cup, Mominul was attacked in Kovid-19. He recovered from the coronavirus and played from the start of the tournament. In the third game, he was injured in field work but also batted.

In the third game against Fortune Barisal, he was of course not in the selection. Chittagong hasn’t taken anyone to replace Muminul yet. According to the rules of the tournament, a team can take someone of the same or a lower rank in their place if someone falls due to an injury or similar.

The national team will also keep an eye on Muminul’s injury. The West Indies can visit Bangladesh in January, where tests are also taking place.

The Kovid-19 epidemic, like many others in the world, has economically damaged the stadium. In this changed situation we also face a new crisis. As regular readers and benefactors of the pavilion, you are requested to come and join us. Your financial contributions, large or small, will make a valuable contribution to us during this difficult time.