farmers on the front line

belgium November 30, 2020 belgium Comments Off on farmers on the front line 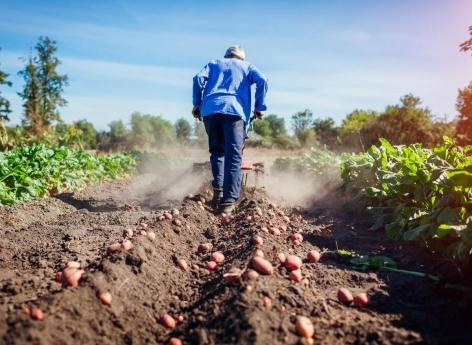 Because of a different way of life, farmers pose different risks than the rest of the population. As a result, they are less exposed to certain pathologies and overexposed to others, especially certain cancers. This is the finding of the latest Agrican cohort bulletin, sent on Wednesday, November 25 to the 180,000 members, breeders and farmers, of the Mutuelle Sociale Agricole (MSA) who participated in this epidemiological study, the largest in the world conducted on more than 10 years. It is based on ten scientific articles published on more than a million people operating in France, farm operators or workers.

The first results presented are a sham: farmers have 7% and 5% fewer cancers, respectively, than the rest of the population among the men and women of the cohort. “Warning: Relying on these figures to claim that farming activities do not pose a carcinogenic risk is easy but misleading, as it obscures the fact that farmers are a population with different habits and living conditions than the general population, with some less common risk factors. Farmers in particular have a different diet, are less sedentary and smoke less than the rest of the population“, warns epidemiologist Pierre Lebailly, researcher at Inserm and initiator and principal investigator of Agrican. The mortality rate is also 25% lower among farmers. This figure can be explained by the fact that cohorts of workers such as Agrican bring population groups together in a work situation and therefore do not suffer from a certain number of disorders.

The other results show a higher risk for farmers to develop certain cancers. Cancers of blood, prostate, skin, and lips are more common in this category of the population. In addition, there are non-Hodgkin lymphomas, myelomas and certain leukemias. Subject: Using anti-parasitic agents on livestock, coating seeds for sowing, spraying pesticides in the field and arboriculture, or disinfecting stables. The application of pesticides in the field or on fruit trees, the use of pest control products in cattle and pigs are also associated with an increased risk of prostate cancer. “Nurserymen performing pesticide treatments or harvesting on more than 25 acres have doubling the risk“, the researchers wrote.

Certain activities increase the risk of a brain tumor